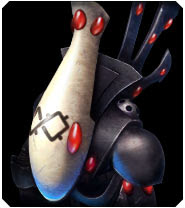 Now that its a new year, I decided to mix up my army for my next few games. While in the past I have been slowly evolving my list I have taken a different approach and gone with a new direction. I just wanted a change more than anything else and we shall see.


My list that i used last was quite delicate and was rather poor. I only got a victory out of it from sheer dumb luck. I want an army i can use well, not one that i have to get lucky with. So here is my new 1500 point army list.

This army is based on an army list that SCP Yeeman left me in a comment on my last army list evolution post. I have tweaked it a little bit, removing the models i don't have, adding in a few that I do. So that game plan?

Eldar will hold at the back and shoot at the enemy with the war walkers and the dark reapers. The rangers will do the same while the wraithguard joined by both the farseer and baron (boosting the conceal save to a 4+ with his stealth rule) will walk down the middle towards the enemy  The fast dark eldar units will go down a flank and hopefully take out key units which are going to get in my way. I had to give the ravager the dark lances to get some long ranger anti-tank shots.

So do you guys think? will this list do better than the last few? or will my key unit just get caught up in combat and do nothing? we shall see. Comments are always welcome, and Yeeman, if you read this, are the changes ok?
Posted by Malduran
Labels: Army List, Eldar, Evolving list