Finally i have finished my first unit for my Renegade guard army. Its just a simple infantry squad but for now i think its a good start. It took a lot longer than i expected but such is life. I am starting on my second squad shortly but i still have a few eldar units that need to be finished.

These are a few more pics of the squad. I am quite happy with how they have turned out even though i had to change the way i painted them half way though to speed up the painting process. 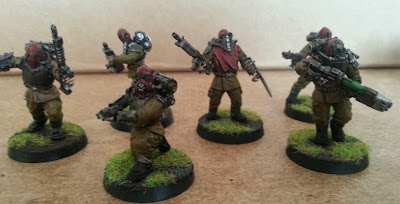 The heavy weapon team, i have done it slightly differently to normal. I know i have seen this done before (can't remember where) and think its a great idea. This allows me a very simple way to keep track of wounds and also if i don't want to use a heavy weapon squad i get an extra guardsman to throw into a squad. 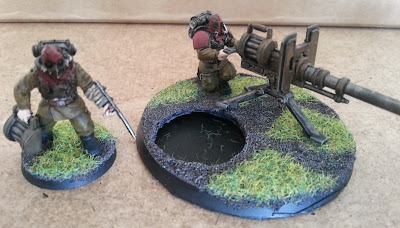 And finally the other specialists in the squad, the plasma gunner, sergeant and vox caster. The more i see the sergeant the more i like him, i know he doesn't fit it with the theme but all i'm going to say is he was a traitor to the guard and joined the ranks of chaos... deal with it. 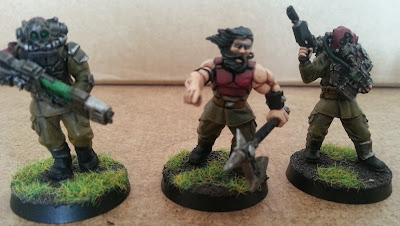 And that's a quick painting update. Let me know what you think about the boys.