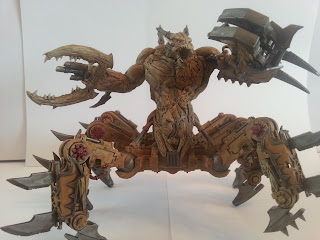 This week I finished off the other soulgrinder and my plan was to finish off the medusa and its crew. Unfortunately plans don't always come together. But at least something got done.
Read more »
Posted by Malduran 1 comment:
Labels: Chaos Renegades, Painting 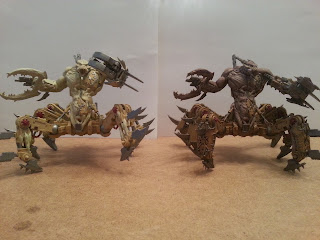 This week’s aim was to get two soul grinders finished, and I was a bloody idiot thinking that I could get two of these monsters done it in a week. I am happy with what I have done but they aren’t finished. 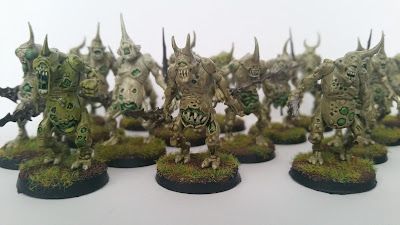 This week’s aim was to get 20 plaguebearers and the Herald of Nurgle painted. I didn’t have an real idea on how I was going to do this. Looking online I decided on a colour scheme that was very different from the renegades and heretics, a very different way of painting for a very different look. By having a different look, something that was hopefully going to be a bit ethereal, so the daemons didn’t look like they were quite there. Unfortunately this didn’t quite work out but I hope you guys like what I have done.

Renegades and Heretics vs The Imperium 1875: Foot of the Oppressor 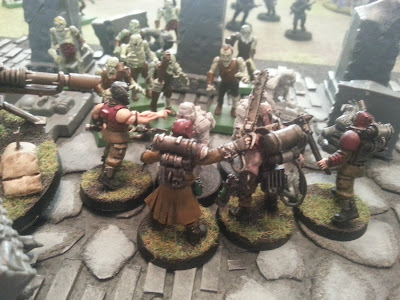 One of the most common occurrences on the battle fields of the 41st millennium, the Imperium attempt to stamp out a chaos uprising before it can take hold of a sector. In this game, the Imperium of man, represented by the elysian D-99 drop troopers, aided by the Tempestus Militarum and a Knight house, attack the forces of chaos. By this chaos force is just the humans of a planet unhappy with their Imperial oppressors seeking aid from the daemons of chaos. Its a 1875 point game of Tactical Escalation.
Read more »
Posted by Malduran 3 comments:
Labels: Battle report - 40K, Chaos Renegades 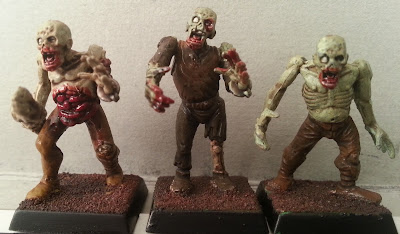 Last week I failed to post because I was rather busy trying to paint and a few things came up in life unfortunately which got in the way. But here is the update of my week 2 aim, the plague zombies.
Read more »
Posted by Malduran 1 comment:
Labels: Chaos Renegades, Painting
Newer Posts Older Posts Home
Subscribe to: Posts (Atom)