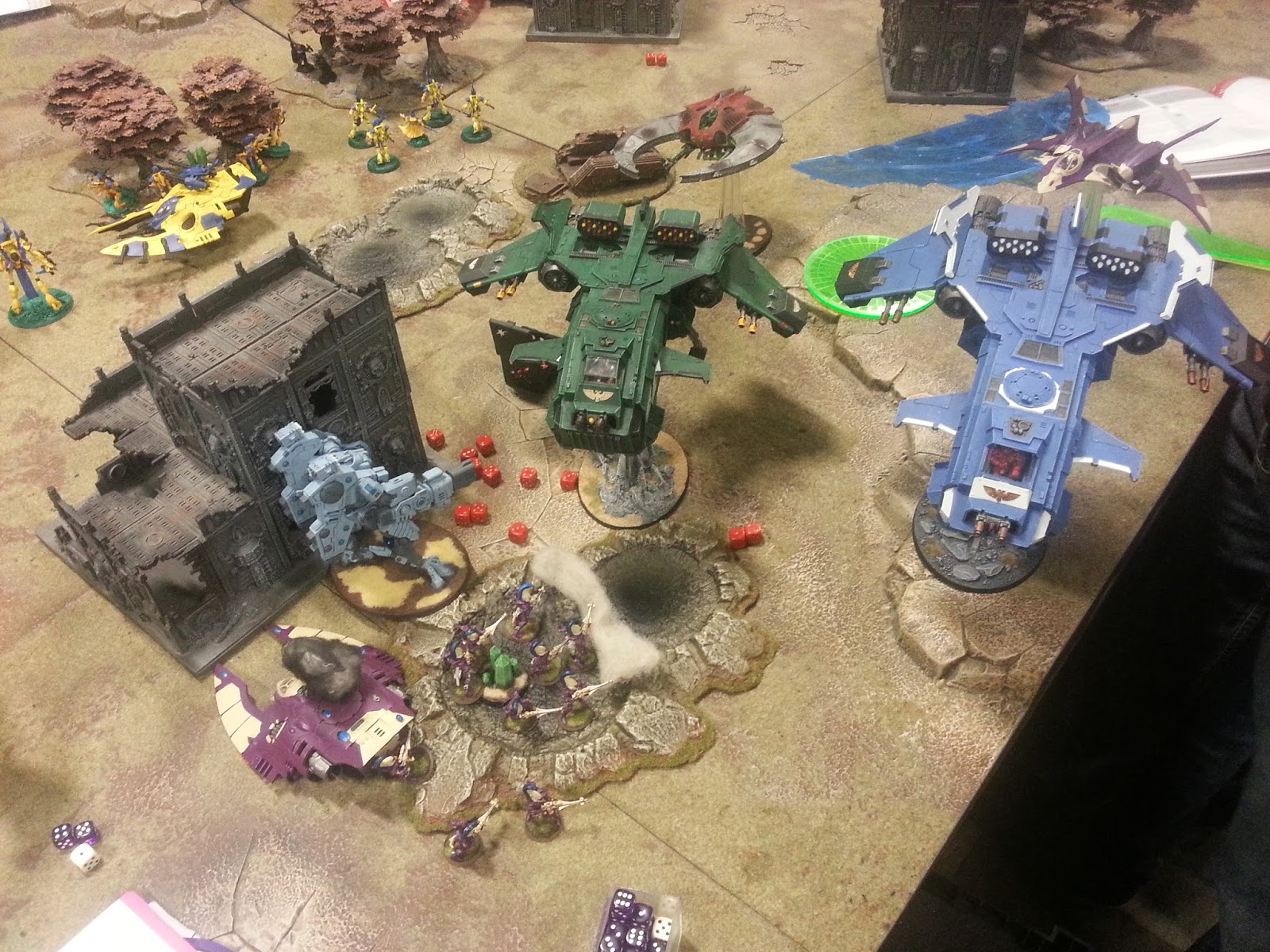 On the second day of the event only 1 game remained, the big team game. This was an 8k a side game which used a special force organisation chart which was basically 4 combined arms detachments. However you didn’t get any benefits from it and you could choose your force as an unbound list BUT you still had to conform to the chart. The only exception to this was you could add as many knights that you wanted as they hadn’t accounted for them after you had filled up your mandatory slots.