A future in cities of death 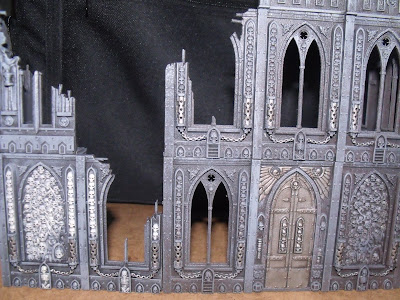 I have always had a soft spot of the look of battles taking place in cities. In fact I have always like the idea of having battles on very specific terrain sets, jungles, deserts and of course cities. But the city fight idea has always stuck to with me.  When the book battlefield: cityfight came out I was overjoyed, the prospect of desperate struggles in ally ways, a small band of models taking on a tank face to face only to get run over, snipers stalking the roof tops looking for targets, its just a fascinating idea.