Rules questions from the tournament 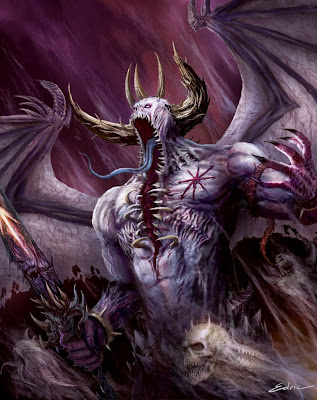 A few interesting rules came up across the day of the tournament which I thought I would see your opinions on them. The first one is quite interesting, and was hotly debated as both sides of the rule refused to accept the other. The second, not so much, more of a query from me.

OK so the big rules question was concerning Daemon princes from the chaos daemons list. The rules question was, if a winged daemon prince goes to ground, in his next turn can he elect to swoop and still move? Now I have the rules here for you so see:
Going to ground p18: ‘after the enemy has rolled to hit and wound but before any saves are made or wounds allocated, you can declare that the unit is going to ground... a unit that has gone to ground cannot move, run or charge. It can only fire snap shots when it wishes to shoot, and can fire over watch... If the unit is forced to move, for example they have to fall back, it returns to normal immediately’

So that’s nice and clear, now the rules for flying monstrous creatures p.49:

Now the argument here was if a daemon prince elects to swoop, it must move, so it reverts back to normal as per the rules for going to ground and no longer needs to snap shot etc... Now I feel while technically that is correct by the wording of the book, it’s wrong in spirit. The only argument that I could think of was that you are not allowed to move so the ‘at the start of its move’ part didn’t trigger. But that’s just me. What do you guys think on this?

And before you say what i said 'Aren't princes fearless?' no, they have demonic instability which isn't fearless, its just very similar.

The second rules question was that someone said I could only claim a cover save from a defence line if I am within 2 inches of it, now I have looked over the rule book, the FAQ and I can’t find anything to confirm this. We asked a few other people at the tournament and they seemed to side with my opponent so I went with it, as it didn’t change much at all.

If you know this is how defence lines are to be played please give me a page reference, or an FAQ that can confirm this, as right now I have nothing that suggests it and the defence line will grant cover saves to anyone who is obscured by it no matter how far away they are. Please can someone help me with this?
Posted by Malduran