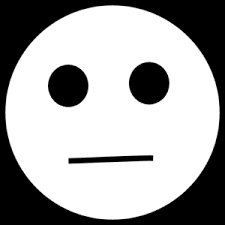 This week I have started doing things that I never though that I would do, I'm selling off the models that I just don't use any more. I have always though that I would just store away what things I'm not using currently and then get them out at a later date when they get updated or the mood takes me. But unfortunately life gets in the way and sometimes you just have to do things that you don't want to.
Read more »
Posted by Malduran 4 comments:
Labels: Article

With people playing Gorkamorka at the club, it got us talking about other old specialist games and the topic of Necromunda came up. Out of the specialist games I only played inquisitor and Mordheim, both of which I though were brilliant. With this in mind I decided to look though the old rules for Necromunda, after purchasing the hardback rules for the first edition of Necromunda. In our discussions it appeared there was very little rules difference, but a few people preferred the first edition over the second. As I have never played Necromunda I though it could be a fun game to play in the future, especially if its any where near as good as Mordheim.
Read more »
Posted by Malduran 4 comments:
Labels: Article, Specialist Games

Orcs vs Daemons of Nurgle: Battle through the puss 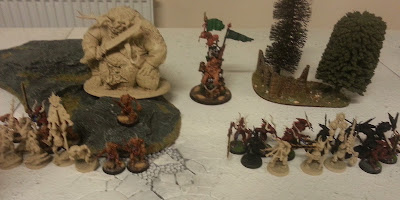 Once again I delve into the world of Age of Sigmar with my Orcs to see what they can do. In this game my greenskins must force there way past a legion of nurgle daemons and support the battle else where. The game is Breakthrough, lets see if my black orcs can do it.
Read more »
Posted by Malduran 5 comments:
Labels: Battle report - Fantasy 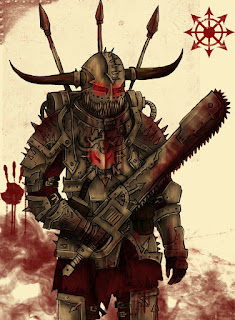 Its been a very long time since I have done an evolving list, and last time it was with the Eldar, a couple of codex's ago. Currently my renegade list is rather stale, as I only have a small number of models, but I want to try and grow it into something of a more playable list, while still keeping its character.
Read more »
Posted by Malduran 13 comments:
Labels: Chaos Renegades, Evolving list


For about two years now I have been going to the same gaming club, and I haven't really mentioned it on here at all, so I though that I would share with you all. I live in the north-west of England so my closest club is at the Wargame store, in Brimstage. 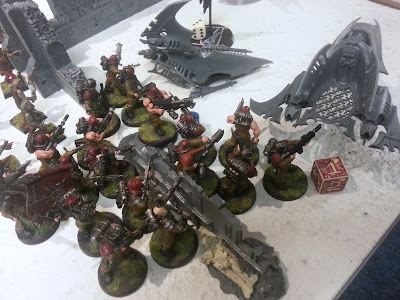 A new guy has started coming to the gaming club and was after a 1500 point game of 40k, so I gladly obliged with the renegades as I'm enjoying using them at the moment. He brought out dark eldar and we played a mealstrom of war game. I'm out of practice facing fast forces.
Read more »
Posted by Malduran 12 comments:
Labels: Battle report - 40K, Chaos Renegades
Newer Posts Older Posts Home
Subscribe to: Posts (Atom)