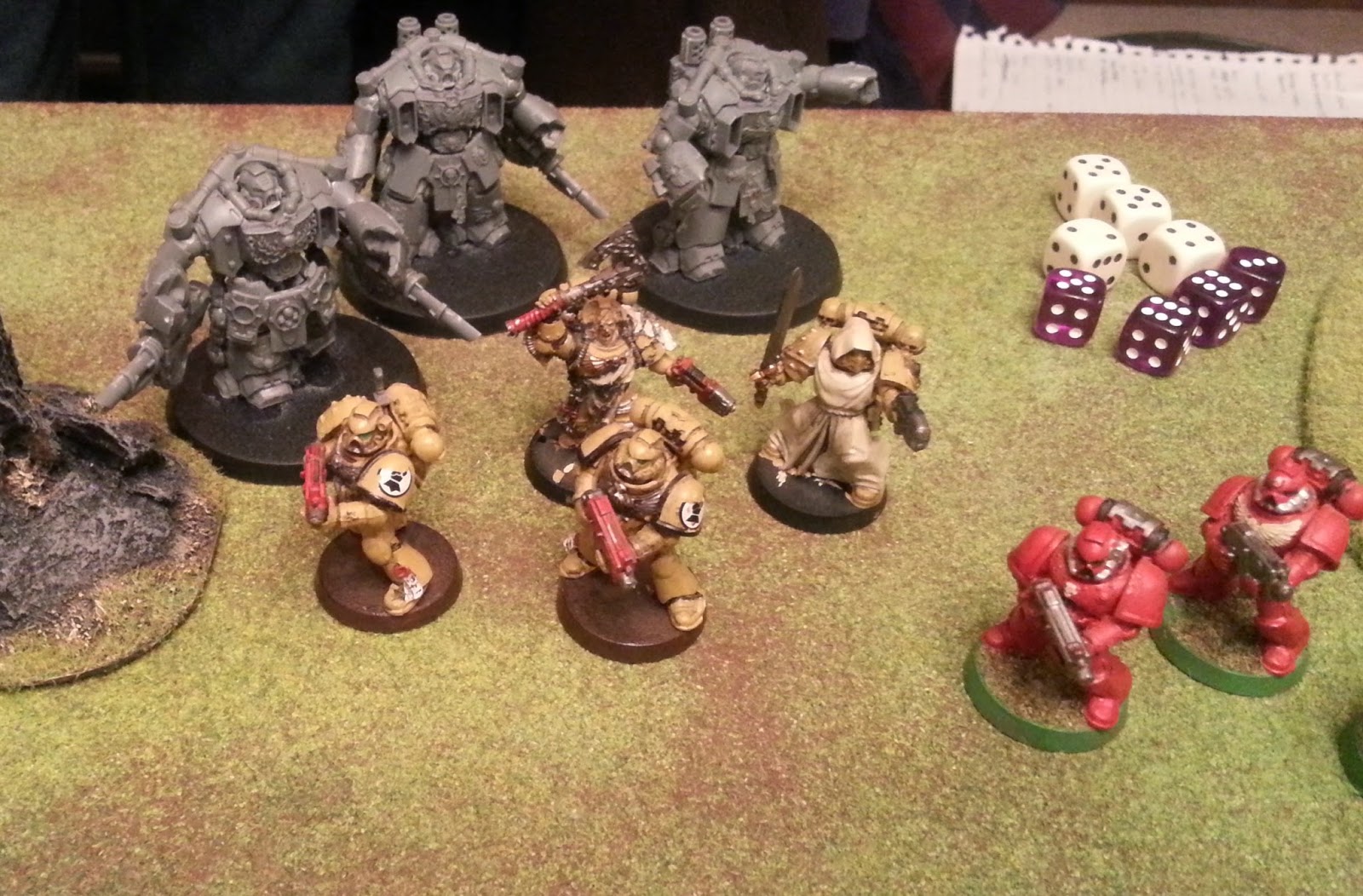 A combined force of Imperial fists and Blood angels attack the Eldar, intent on purging the alien from the planet, and nothing else with suffice. This battle report is a 2000 point game between my Eldar force against a friends Imperial fist and blood angle army in a a game of Purge the Alien with dawn of war deployment. Who will stand once all the dust settles, click to find out.
Read more »
Posted by Malduran 9 comments:
Labels: Battle report - 40K, Eldar

Yesterday a friend of mine showed me the box of his void shield generator (lucky git!) and on the back we noticed a model attached to the shield generator, what was obviously the promethium pipe relay. Now if you look at the void shield model it even has circular slots in the side of it ready for the pipes to go into it. Now that's a bit for foresight for games workshop, something they don't normally do unless they plan to release the model later on, which quite clearly exists, as its certainly not a conversion.

Now the thing with that theory is that if you do release the pipes later on, what would be the point as only 1000 people could theoretically use them? Working under the assumption that they are getting released and games workshop aren't stupid (big assumption there) does that mean we will get another model later down the line for the void shield generator? other wise what was the point of producing the pipe model as less than 1000 people will buy it?

What do you guys think?
Posted by Malduran 2 comments: 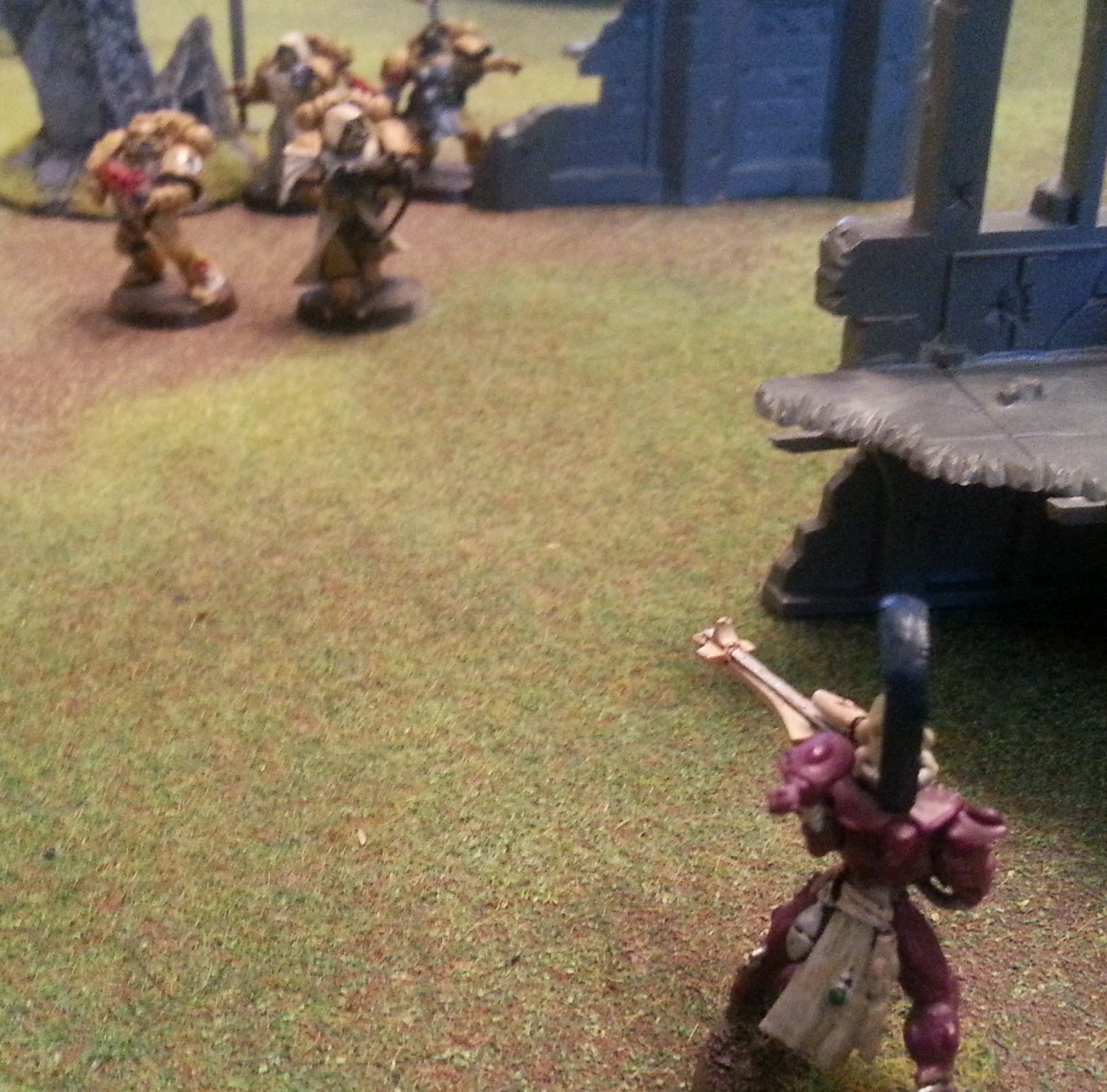 It has been out for quite a while from digital downloads but I thought I would get it and see what all the fuss was about. For those of you who don’t know, kill Team is a small skirmish type variant of 40k, with both players using a force of 200 points where every model works on its own. 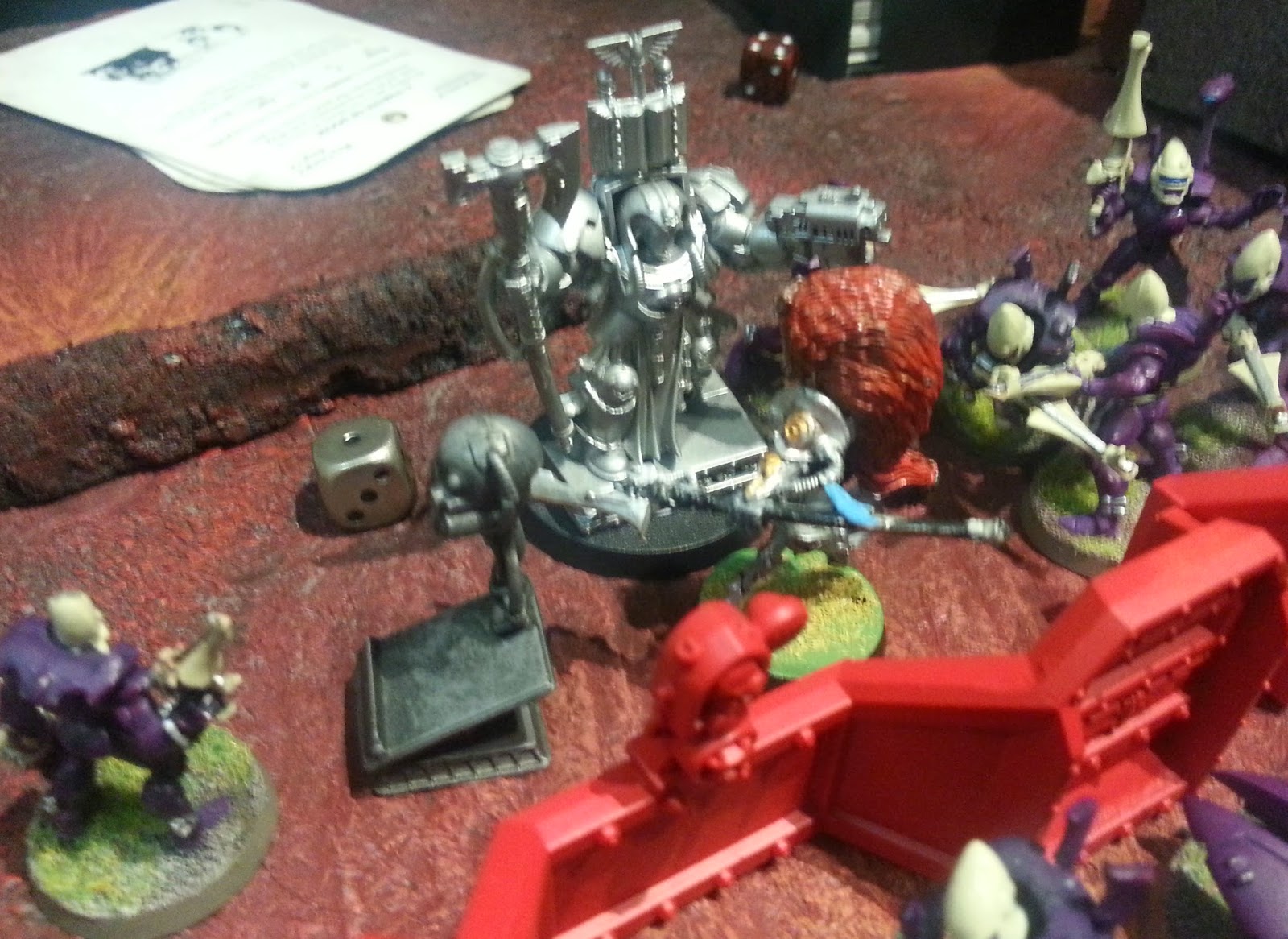 Something a little different on the space marine front this week, the eldar play against the Red Hunters (a Forge world chapter) with some rather interesting rules. The game is Big guns never tire with 3 objectives, with dawn of war deployment. Who will win this 2k game? Cast your votes now...
Read more »
Posted by Malduran 2 comments:
Labels: Battle report - 40K, Eldar 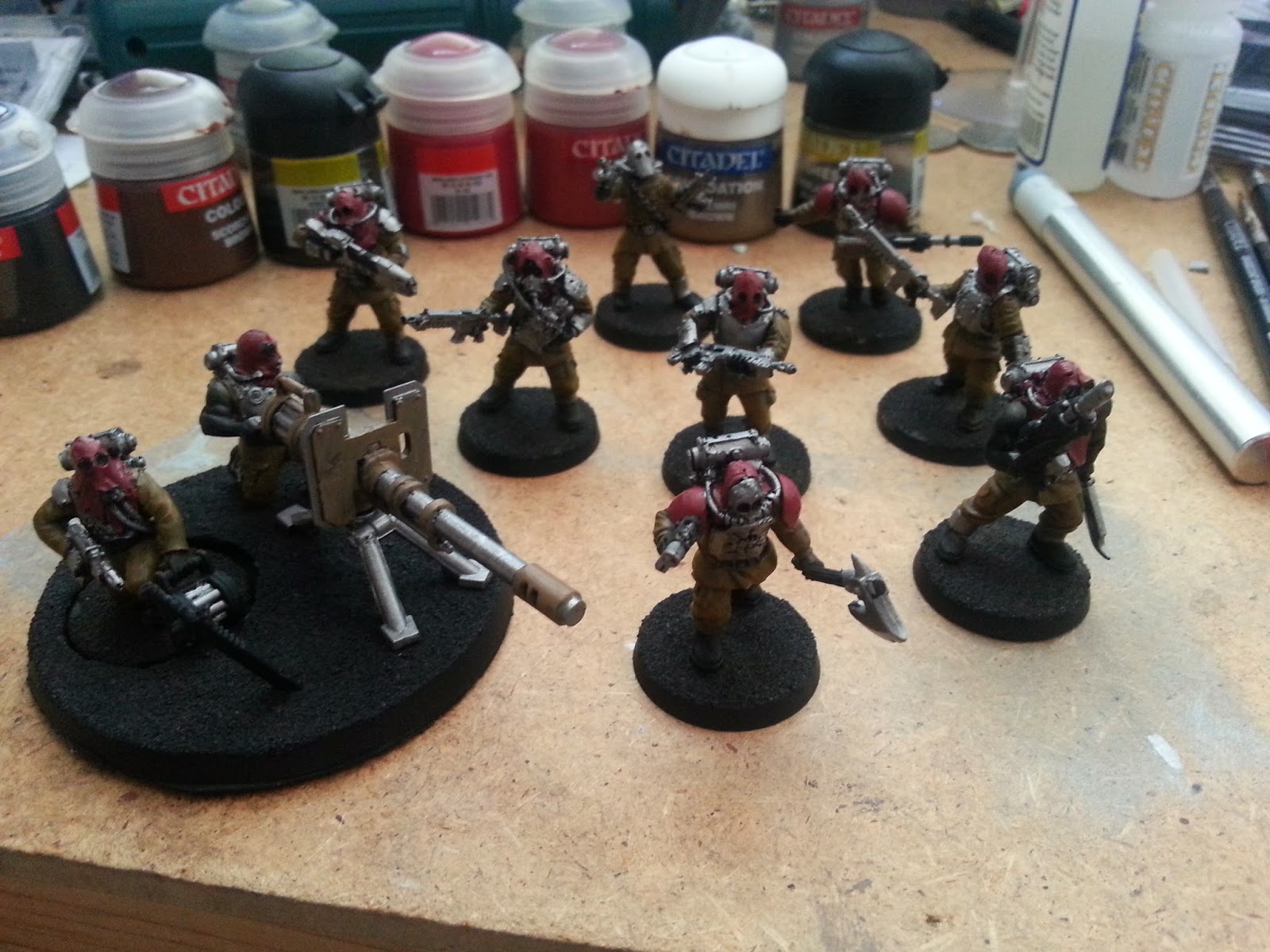 With the Imperial Guard codex rapidly approaching I thought it was about time that I got my ass into gear and started painting my traitor guard. I regret saying ages ago that I wouldn’t play with them until they are painted, but that's what I have to stick too now. Here are my aims for this month. 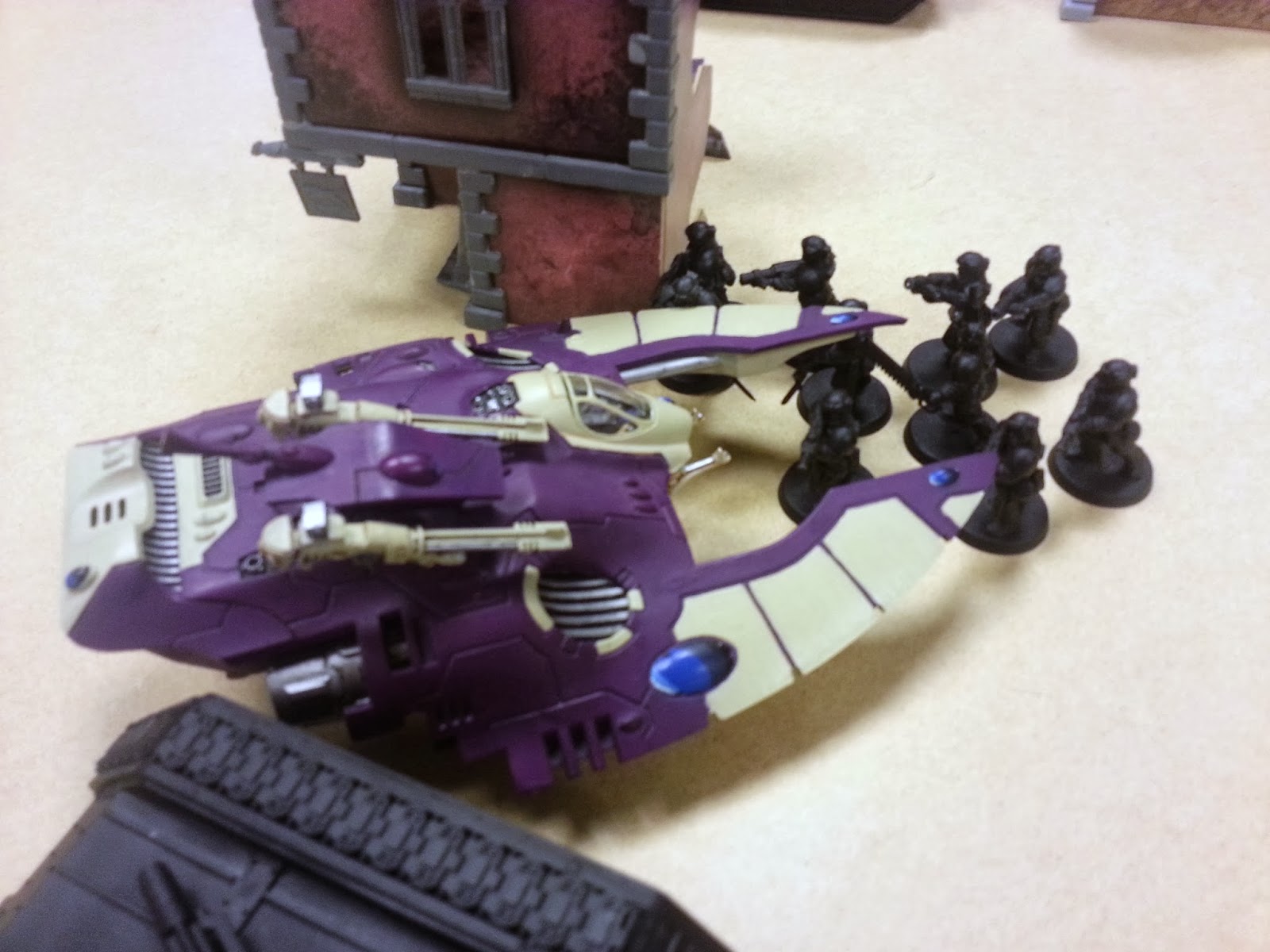 An interesting matchup this game, I take a less mechanised force in favour of trying out units such as the humble banshee, and I face an imperial guard force with 5 different battle tanks. I don’t have the anti-armour but can eldar trickery win me the game? It’s a 1500 point game of the scouring, with dawn of war deployment. Eldar vs Imperial Guard.

I should have put this with the new model of Horus but it appears that we also will get getting a plastic Hydra tank for the new imperial guard (or astra milliblah blah) and i quite like it. I'm a little confused why it appears to be open topped but what ever. The model looks nice i will probably end up buying one some day. 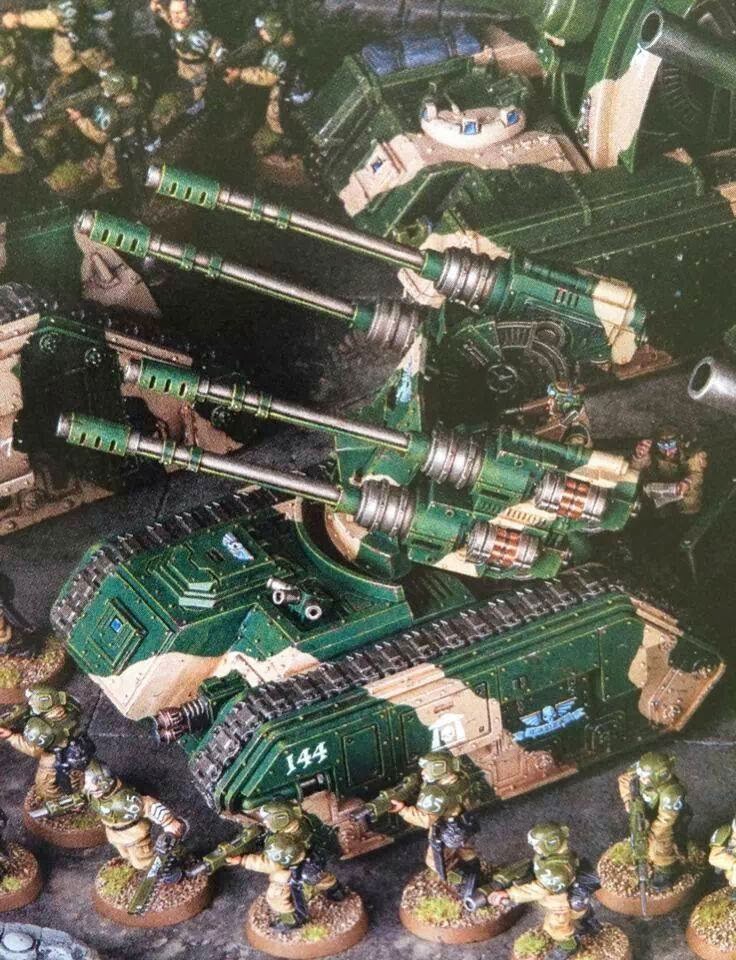 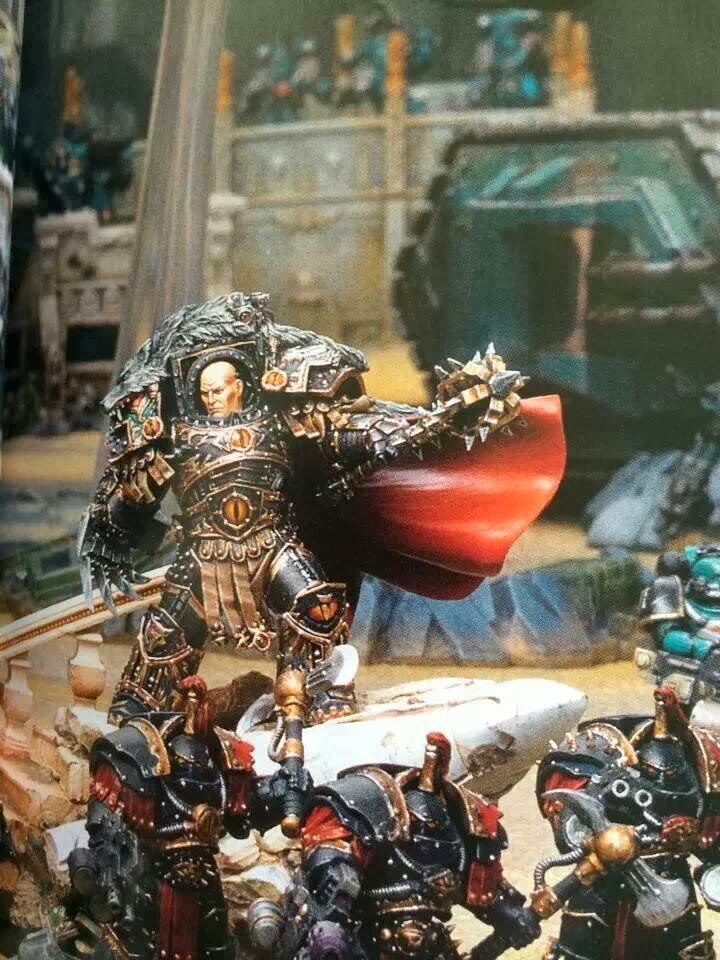 I didnt think he was released yet so thought you might like to have a sneak peek. I just stumbled onto this pic. He does look badass. So a warmaster should.
Posted by Malduran 1 comment:

As promised, these are the models that I received from one of my favourite followers and fellow blogger. It’s practically a tyranids army in itself and will make a great addition to my current swarm. While I am busy currently on current projects I will defiantly be looking forward to these guys when I start them.
Read more »
Posted by Malduran 3 comments:
Labels: Painting 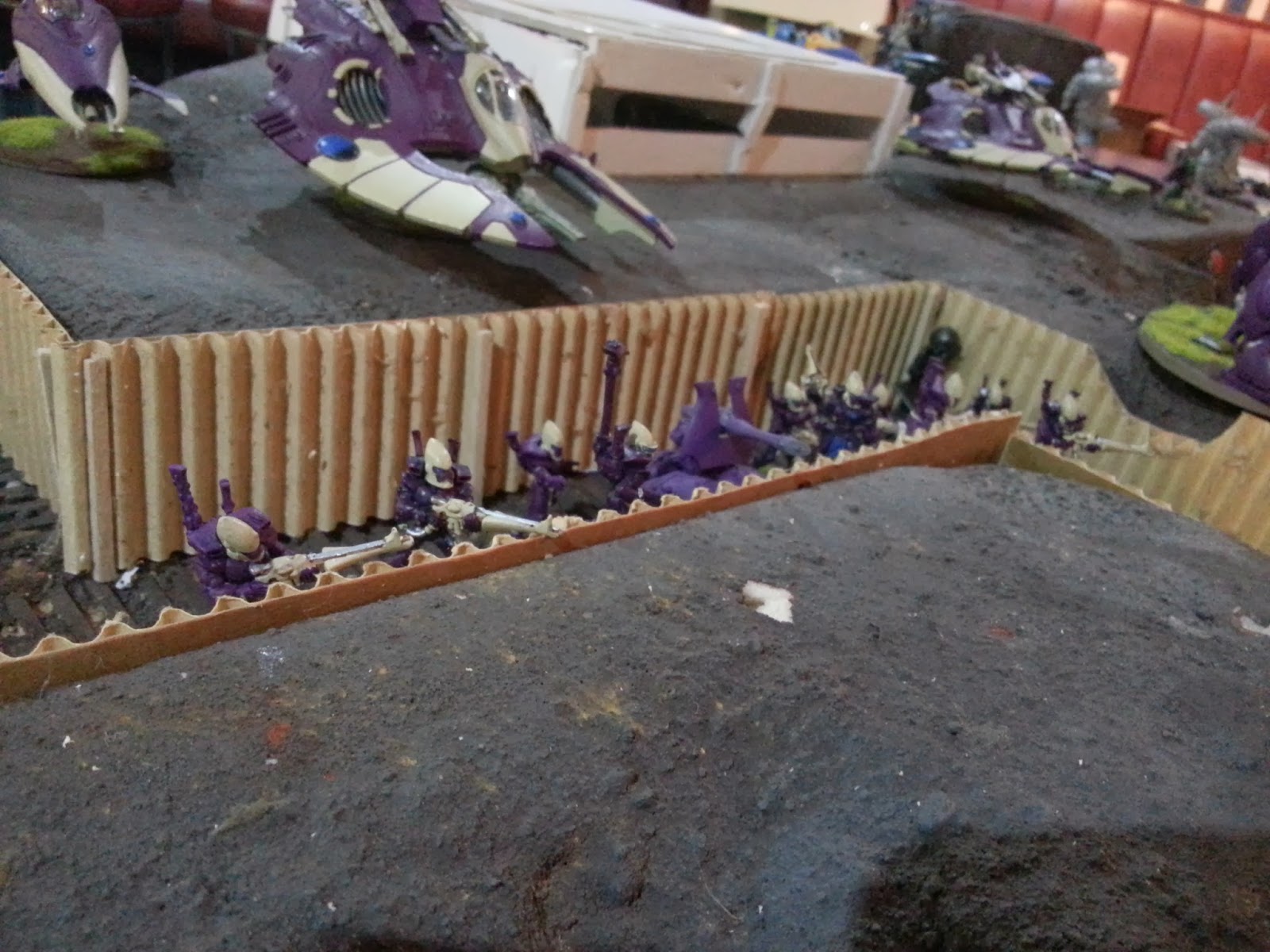 Once again the Deathguard attempt to spread their contagions, the Eldar of Dem-Kirath must stop them. It’s a 2000 point game of Big guns never tire, on a rather interesting board, a trench system and bunkers. Eldar vs Chaos space marines. 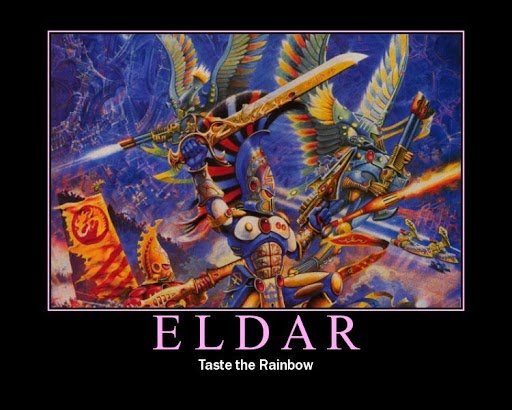 Well February is now over and I’m back to my old schedule, it was nice having a bit of a break from the blog but it’s time to get back to it. I know I had some grant plans to do to it but none of that came to fruition as quickly as I wanted so we still have the same old blog for now.
Read more »
Posted by Malduran 1 comment:
Labels: Article
Newer Posts Older Posts Home
Subscribe to: Posts (Atom)