As promised, these are the models that I received from one of my favourite followers and fellow blogger. It’s practically a tyranids army in itself and will make a great addition to my current swarm. While I am busy currently on current projects I will defiantly be looking forward to these guys when I start them. 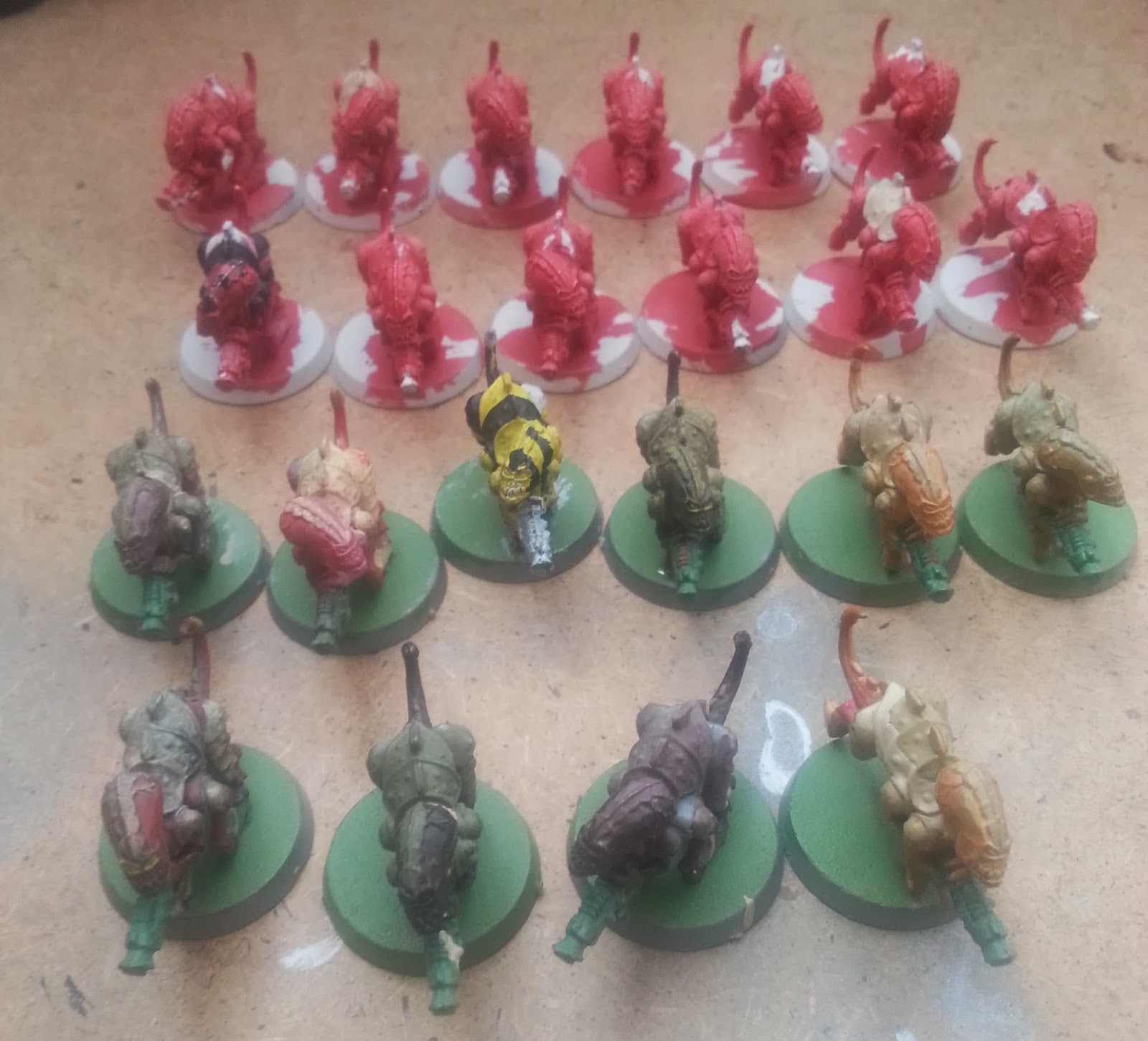 Something that I have been looking forward to was expanding the termagants, and these guys boost me up to a very respectable number. I even have some of the old spike rifles to use, and now they have rules again (granted not great ones, but that's not what this force is about) they will defiantly get used. 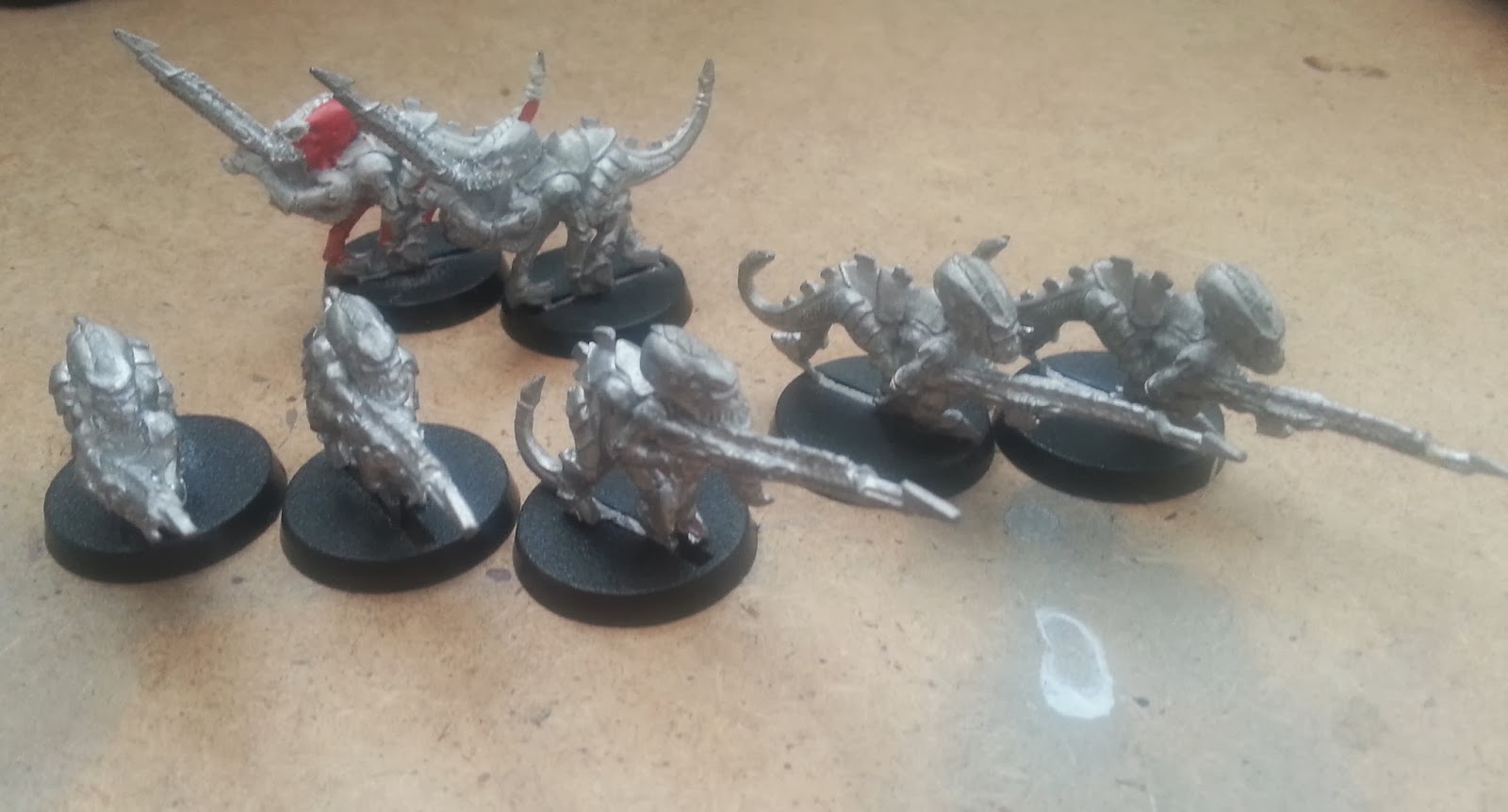 A few more genestealers never hurts a swarm and maybe using many, many small units they will be more effective? Who knows, I am sure I will enjoy using them in the future. 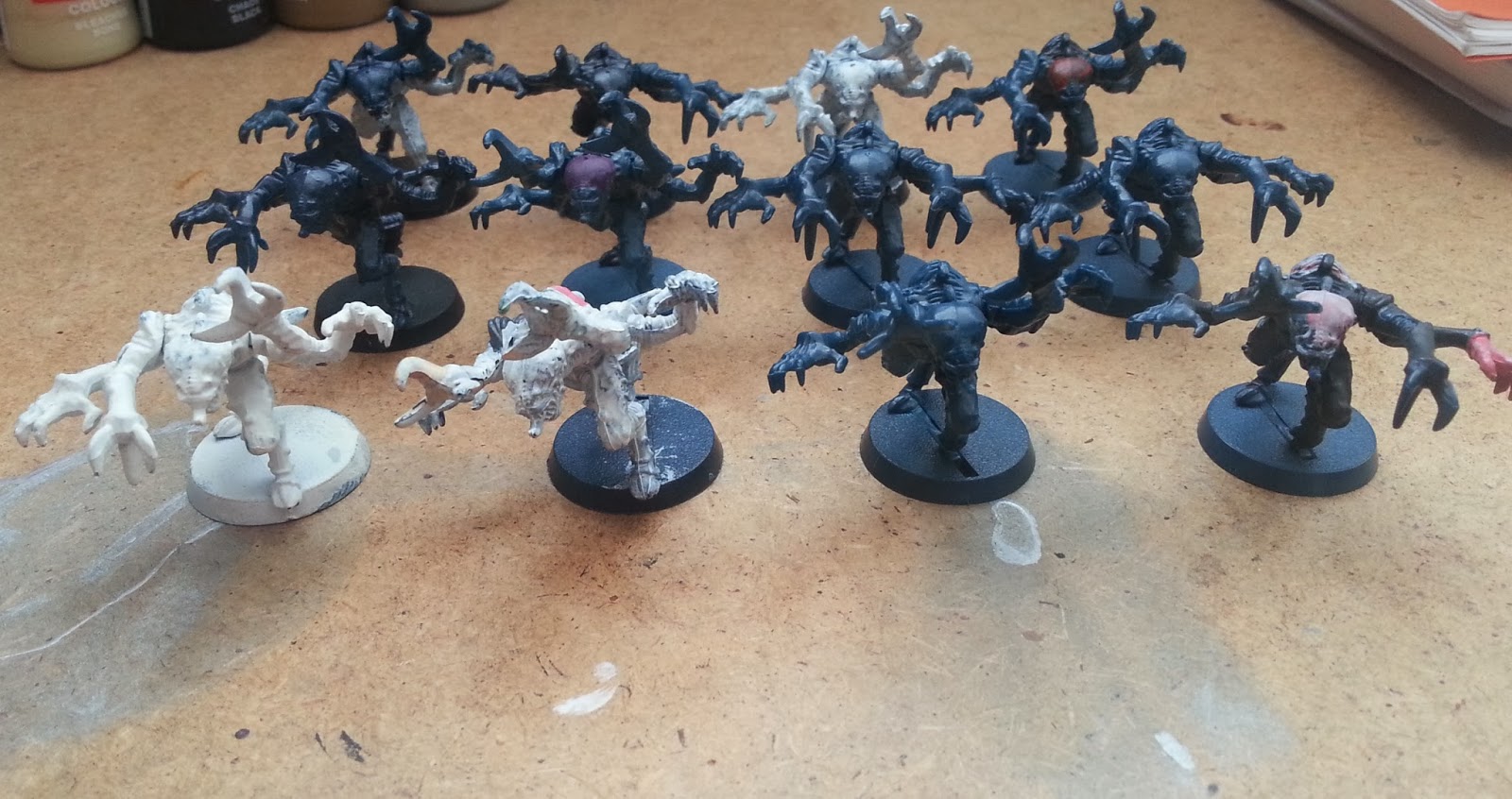 More artillery! Two more biovores up’s my count now to 4, so that will probably be used in 2 squads of 2. While not great vs marines they can still snipe special weapons. Plus who doesn’t love the goofy face on these buggers. The rest of what I have isn’t quite complete but I’m sure I will be able to knock something up. 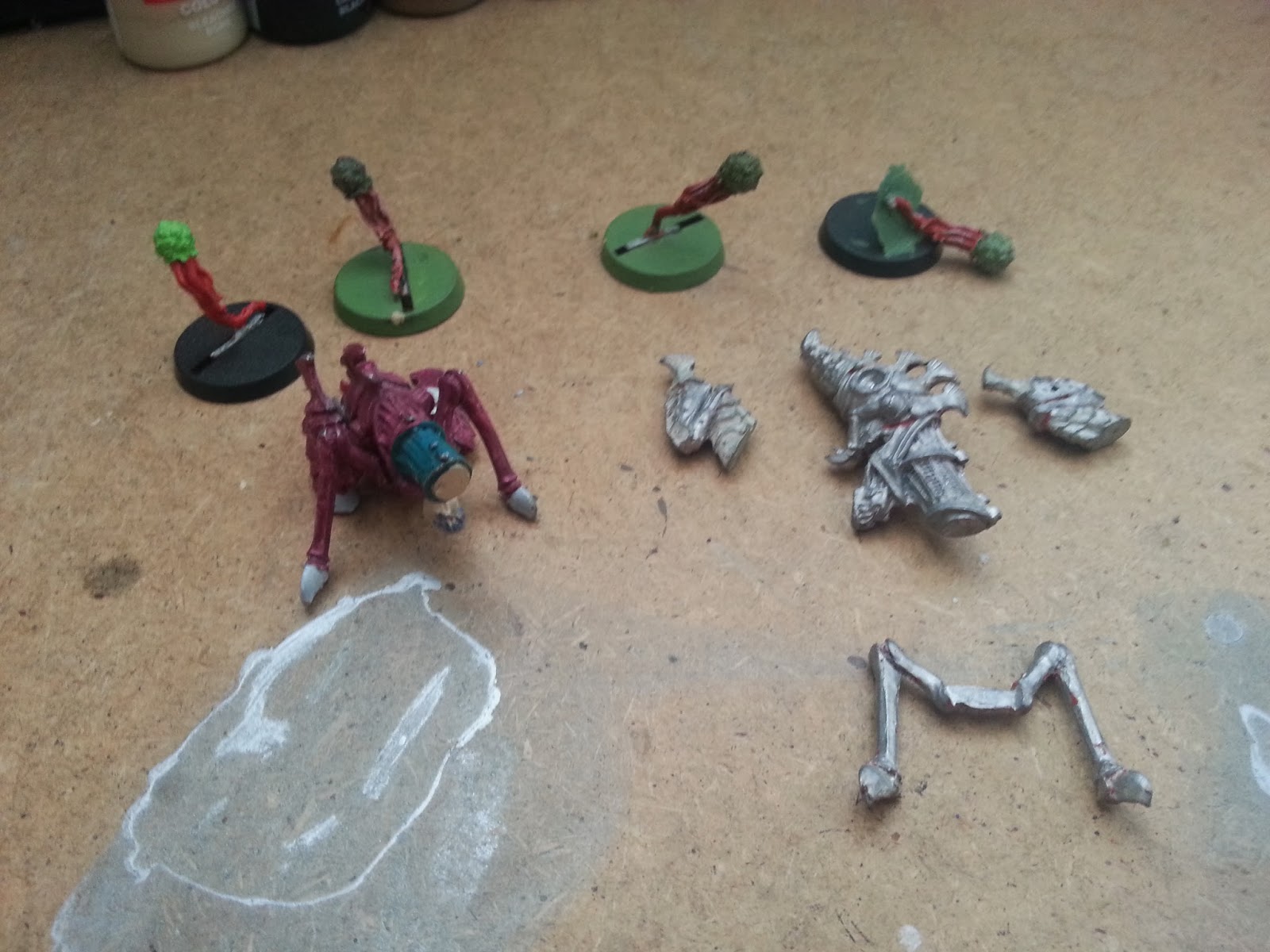 Lictors, two lictors grace my force but they are missing the tops of their scything talons, meaning I will have to convert a few up from newer tyranids parts. While it won’t be the same it will hopefully look great. It will also help to define the 2 squads and make them visibly different if they get close on the field. 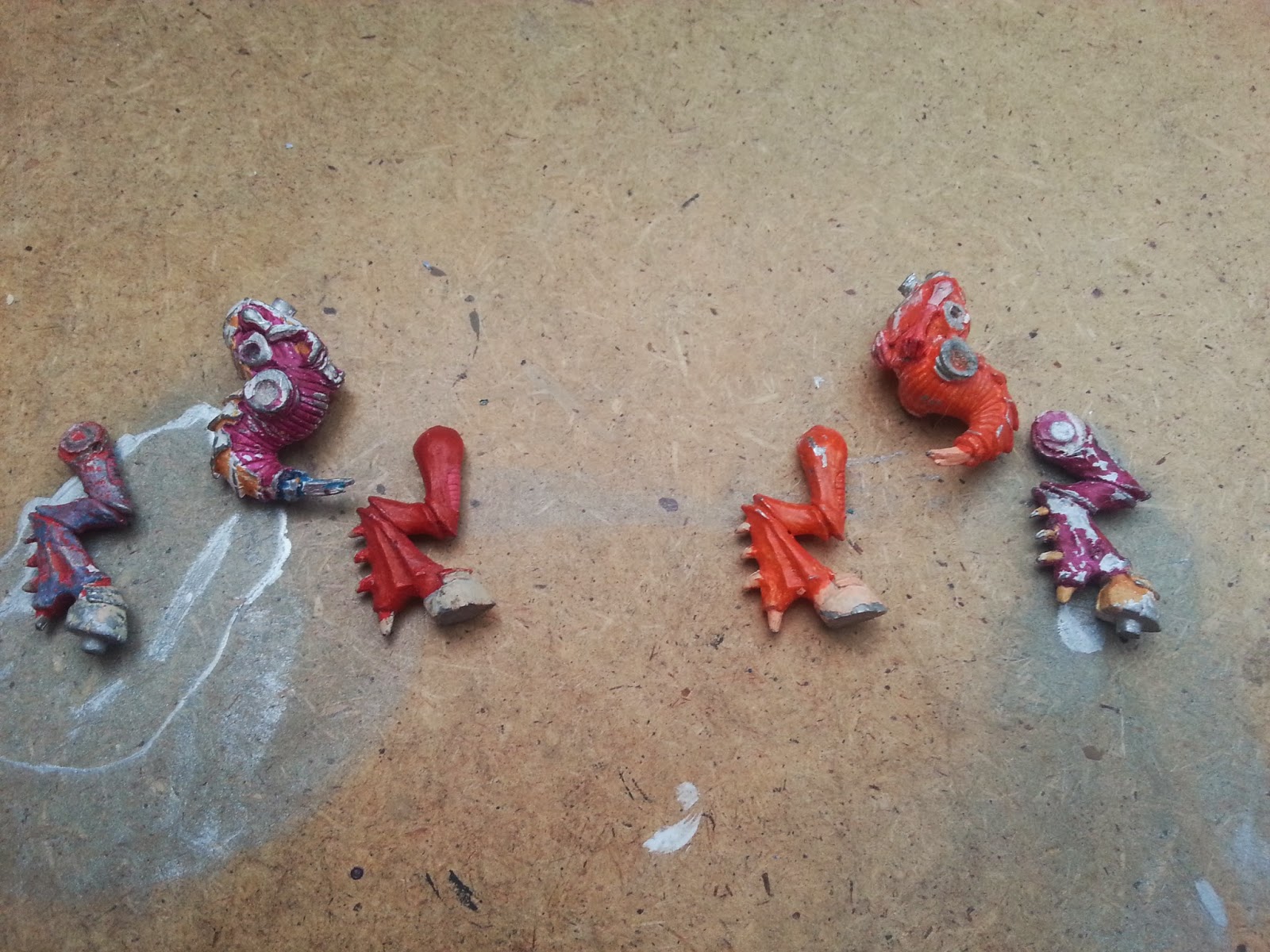 2 Zonathrope bodies, as I don’t have any heads I was thinking of using some warrior heads and converting them into possible venomthropes, just get something to act a lash whip and they will fit the bill and still look like they belong in the swarm. 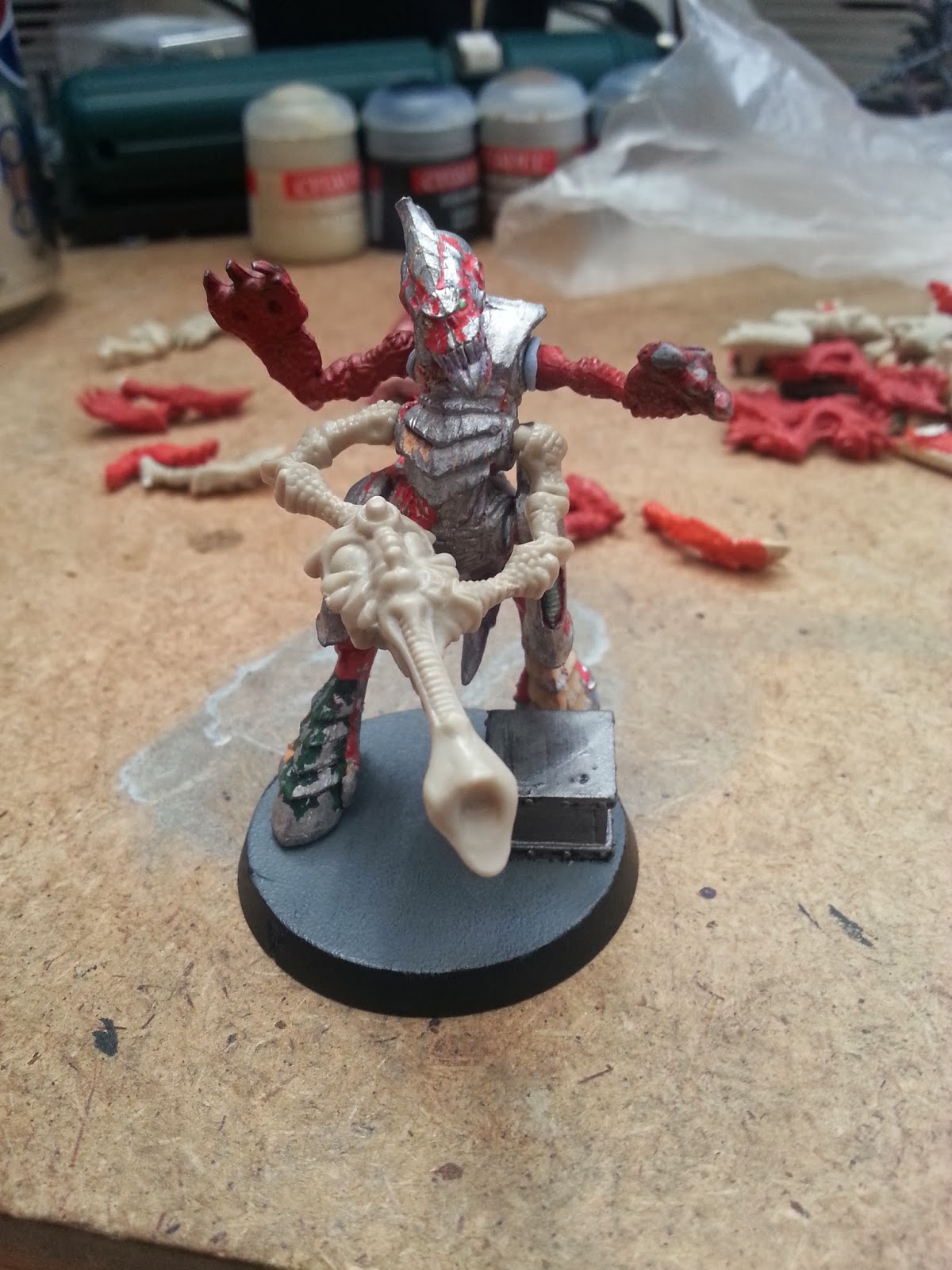 Warriors, so many warriors but no old arms. No matter I am sure I can knock something together. He also gave me some very VERY old arms which can make it look rather nice, what do you guys think of this knock up?

That's all the new nids I have received, they are currently sitting in some nail varnish remover waiting for the paint to come off (but not the plastics, not sure how to remove that yet). In a few weeks I might have a little battle report with them in all their bare glory. No paint, but it will still hopefully make for a good game.

IF anyone else has any old tyranids they want to get rid off please feel free to email me and I might take them off your hands.

See you all Friday.
Posted by Malduran
Labels: Painting