Back to the painting challenge and now I have a large chunk of my eldar painted I can move onto my other projects for a little while. Which means I’m going to go back to making and painting the Imperial Guard.

What I found with my Eldar was when I had a proper deadline, it really forced me to paint then and I got a lot more done than I normally would have. So with my Guard I am going to organise a little game with a friend of mine who is starting Militarum Tempestus, and set a date, and say only painted models can be used. That way hopefully I will get my guys painted in short order.

This month I want to get the following done:
·         10 Veterans: I have had thses guys half made for ages so I need to build them and paint them.
·         Chimera: The veterans chimera need to be painted, but not the same way as my last chimera, I have a different colour scheme in mind as I’m not happy with my first attempt.
·         Heavy weapons team: I am making a lascannon heavy weapon team so I want those 3 made and at least started by the end of the month.

That's a pretty tall order for me but I am going to try anyway.

I started building these guys before the post went live so I have a little extra for you, including pictures.

With the forgeworld arms the melta gun arms with the Militia weapon arms are horrible, they don’t quite line up properly and if you try to put them on another model than the intended one, god have mercy on your soul. So what do I do? Put them on my veterans, god it was horrible, and I still need to green stuff the gaps but I think they look ok. 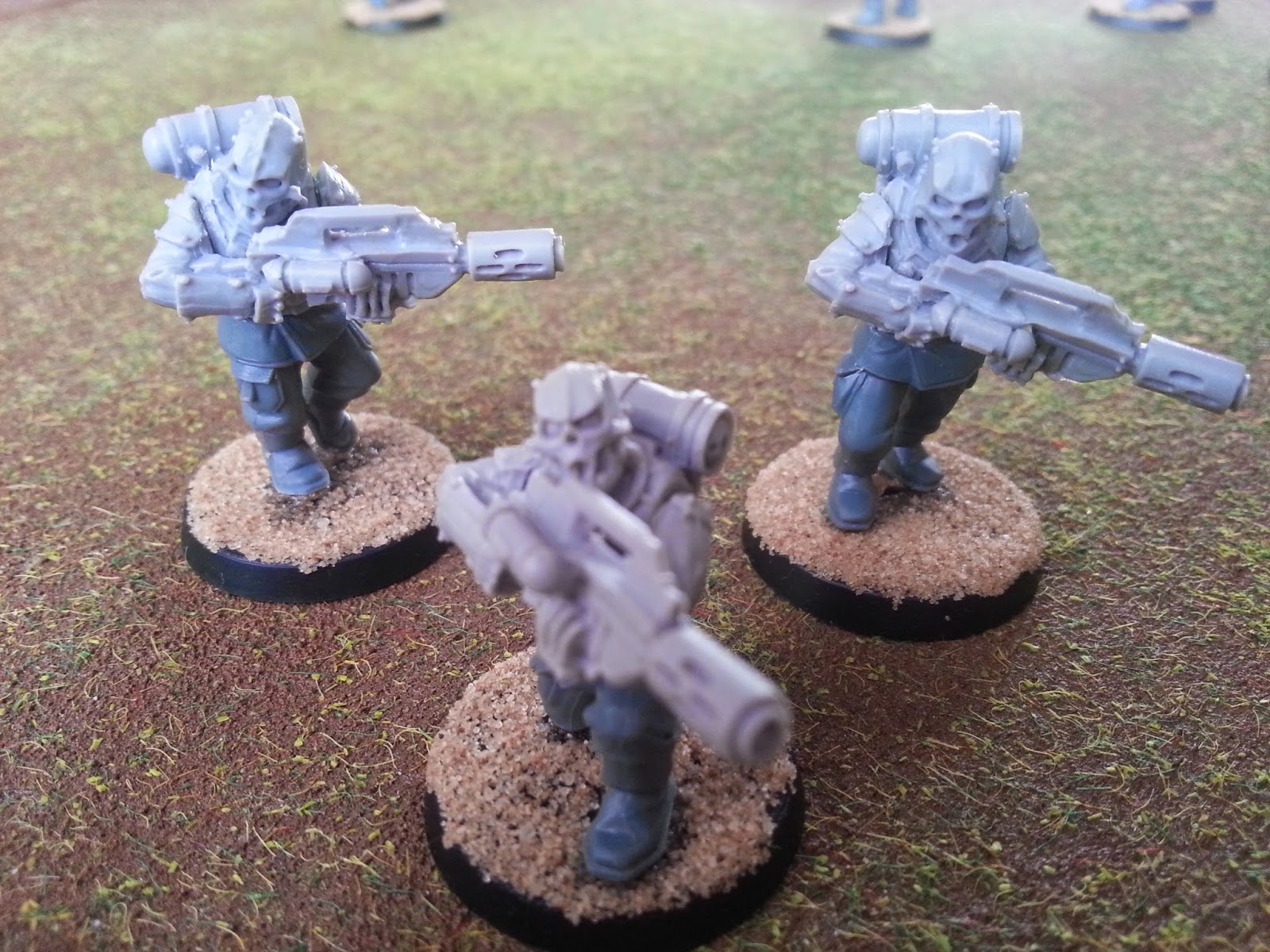 Apart from the melta guns the rest of the squad was really fun to make. Using the cadian arms went on surprisingly well, but the vox caster guy was a little challenge. I didn’t know what to do for it so once again the catachan vox came out and a pistol arm went on. It’s ok.

Anyway that will do for now.
Posted by Malduran
Labels: Chaos Renegades, Painting