Eldar In 6th edition - Rise of the phoenix? 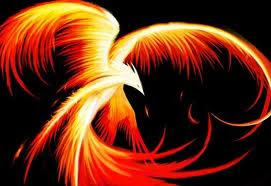 With the release of 6th edition, and the whole new rule set it has made me wonder if some of the choices in the Eldar codex that where packed away (by me at least) will be useful. Having only played one game of 6th edition (battle report coming soon) it has made me think, yes. Granted this is all theory as 1 game is nothing to go by, but still, its nice to dream. So anyway, here is my brief glimpse a the phoenix lords.

The largest and most obvious change for 6th edition is the addition of AP to close combat weapons. This has made a 2+ save something to boast about now as the generic power sword is only ap 3, along with all the fancy ones which ‘count as power weapons’. This has made the phoenix lords a lot more survivable compared to what they once where. I remember the times when I have taken them on a whim in 5th edition just for them to get cut down by a sergeant with a power weapon while I slice away at a squad. This has now been removed. Granted power fists and thunder hammers will still maul the guy but more on that later. So considering that the 2+ save will now go a lot further. How ever they are still limited in their ability to shake off hordes. This new save only allows the lord to beat off small units now, like assault marines or power weapon wielding combat troops like incubi. If they get into combat with a mob of ork slugga boys or a brood of hormagaunts they are probably going to still die, as rolling too many dice will still get them killed. Also watch out for monstrous creatures which are still AP 2 in combat.

With the introduction of challenging this also helps boost the ability of the phoenix lords. If you are forced to change (or are charged) by a thunder hammer/power fist/rending unit which will tear you precious 2+ save to pieces you now have the ability to challenge the squad leader to one on one combat. If he accepts, you have drastically reduced the number of attacks coming you way and possibly win combat with out taking any damage. If he declines, at least one model can’t attack you this round. It’s not a major boost but it helps.

The next boost they lords have gained precision strike (shot in the shooting phase). Now this can be useful if you are stuck in a combat with a guy with a power fist who isn’t a character. Its a slim chance to its one none the less to kill him before he can kill you with his AP 2 weapon. Its just a little rule that they added which I really like. You can’t rely on this as the second you do nothing but 1’s will appear. And with some of the potential shooting attacks the phoenix lords can get, this could be rather useful.

With the new rules everything isn't great however, with the change of weapons to AP this has changed the roles of the lord more than you might think. While this might not look like much, with power swords and unique power weapons being AP 3 this has lead to 2+ saves ruling the day (as explained before). This means while we cant get harmed is also means the lords cant take out these targets with ease either. As the lords real strength lies in combat for the most part this can been a blow to them. So no longer can they charge a unit of terminators and expect to win, instead they have to play it a lot smarter than they used to. But by forcing this change is it necessarily a bad thing? Making people think about their actions more instead of just running headlong into combat? i don't think it is at all. I hope this leads to some interesting tactics opening up for them.

Now to look at the lords individually (in price order, most expensive to least), to see if they have any useful roles on the battle field with the new rules.

Asurmen - The most expensive of the Lords and the only one with an invulnerable save. With an 18 inch range on his weapons and a S 4 power weapon (now ap 3) which might possibly, one day, if you are super lucky, instant kill some one, I wouldn't say he was worth his points. I can't help but feel he has no specific role, he doesn't have enough attacks or shots to kill hordes nor is he strong enough to consistently kill many MEQs (yes he has a re-roll to hit but that can only go so far). He also has no real ability to take out vehicles. I'm not a fan.

Karandras - Still quite an expensive lord at 215 points but he defiantly has some useful abilities. Now for the high price tag you get +2 attacks compared to the other lords and the only power fist (S 8 AP 2 attacks) but the down side is you waste the high initiative is you use it. This does give a reasonable ant-tank option if you get desperate and with +1 on the damage chart for being AP 2. However if you don't need the fist you do have access to a chain sword with +1 S giving you 6 strength 5 attacks, not bad against orks or nids. He also has the ability to infiltrate and has stealth so with the new rules can theoretically pass it on to none scorpion units as the new rules state is ONE model has this rule the unit gains its abilities. The only reasons i don't take this lord every game is his lack of invulnerable save and the price tag... 215 points is a bit steep.

Fugan - Now this guys is a bit of a mystery at the moment, for me anyway. His axe allows him to attack like a monstrous creature then states he ignores Armour saves and roles 2D6 for Armour penetration. Now monstrous creatures now longer work that way, does that mean his axe no longer confer those abilities? Or does he now gain crush as that's what monstrous creatures do now? This is not mentioned in the FAQ or Errata so for now, i do not know. Besides that he has a fire pike (18 inch melta gun) and melta bombs. So hes pritty well equipped for taking out tanks, especially with tank hunter. Now that feel no pain can be taken against anything other than instant death attacks fugan practicably has an invulnerable save of 5+, not too bad. The only real issues is his lack of shooting attacks and close combat attacks. Hes not bad, just a bit specialist and expensive for what he does.

Baharroth - The fastest of the lords with his wings which let him move like jump infantry. He puts out a good number of shots for a single model and a power sword for when he gets caught in scrapes. Hit and run also helps him avoid getting caught in a combat he doesn't wish to be in as well making him a hard model to pin down. So why not take him? he sounds perfect for an eldar army, fast, untouchable, shooty... well yes, how ever he has no dedicated role as far as i can see. He has the same issue as Asurmen but gains a few extra bits of war gear in the form of haywire grenades and plasma grenades. So he can assault people in cover and have a tiny chance of taking out tanks but not great. Like some of the other lords, he lacks dedication and that's what the eldar army needs.

Maugan Ra - The only Lord with a gun which can shoot 36 with a S 6 rending gun. That in itself is quite good. With his abilities he can either shoot an extra shot or ignore cover saves. Hes quite a package and could possibly take out an enemy during over watch. So surely he must be rubbish in combat i hear you cry, but no, has has a +2 S power weapon (AP3) so can hold his own in combat. Again his limitations are his small number of attacks and no invulnerable save makes it difficult for him to take out hordes or specialists. But for under 200 points hes slightly more reasonable than the other lords.

Jain Zar - The cheapest lord of the lot and the only one with an AP 2 shooting attack. With furious charge this lord is a scary prospect on the charge with I 7 and S 7, she can take a chunk out of a MEQ squad that she charges. As the rules of the game have changed how ever combat is no longer as attractive as before and a dedicated assault lord might not be as advisable as it once was. Again her Power weapons is AP 3 so terminators and the like will laugh in her face which is quite upsetting. But i wouldn't right off this lord straight away. As the cheapest lord she might be able to act as a very useful counter attack unit.

So that’s just some food for though for now. Could these guys be making more of a battlefield appearance in the future? Well I hope at least a few of them do, but I wouldn’t hold my breath for all of them. Bearing in mind this codex is 4th edition, some things are best left to gather dust. But i would recommend trying out Maugan Ra, Karandras and Jain Zar if you fancy trying something different in your army.They may be expensive but if the right situation arises they might be more useful to you than you would expect.