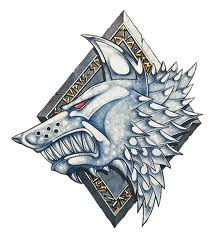 With the decision to shelve the Eldar for the time being it has allowed me to use a different army for the next few games before the new codex is released. I have several armies, all in different states of repair and painting, but i decided that i would use the army i haven’t really used since 4th edition (bar a game vs thousand sons). The space wolves are here for the time being...


Now not including the time i was asked to use them when the new chaos codex came out it has been a very long time since i used them, 4th edition in fact. That still used the old 3rd edition codex, so really, the army was just the same as when I started it back in 2000, 13 long years ago. So the models i have for the army originate from 3rd edition, back when the rhino rush was powerful (apparently, i was a kid back then and didn’t know what i was doing) and most armies only had about 3 choices per section. It was a simpler time you could say, special characters were permission only (though in the club i was playing in allowed it) and most missions used victory points.

When the 5th edition codex came out i did buy it, but i never really got time to use it as i mainly used Eldar, so i never got round to buying new models to update my army. That was left me with an army which probably isn’t very competitive, probably, so i have decided to just use an old 3rd edition style army in 6th edition and see how it does. Before i get into the army list i am going to have a look over my old 3rd edition codex and explain why i picked the units i did. 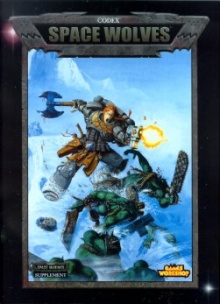 Now i remember when this codex came out in 3rd edition, i got the white dwarf issue they were released in and instantly fell in love with the idea. Space Vikings! Who wouldn’t? They drank, got into heated arguments with any one and didn’t care, they could be considered one of the most ‘good’ chapters in 40k as unlike some of the other marines, and they care about the regular humans. While even ultramarines might not stand up for humans when the inquisition gets involved good old Logan Grimnar isn’t afraid to, he’s quite a decent chap. Now when your 11 that’s all quite awesome, and so i picked up yet another army (i think i had about 3 at this point).

For those of you who didn’t play 13 years ago (damn i feel old) the codex was quite different to how it is today. First of all it was only £4... Granted if you wanted to use dreadnaughts or tanks you had to get the regular marine codex, but that’s by the by. A lot has changed since i last made a proper army, and i will tell you how...

Way back when the space wolves had very similar special rules, they still had ‘and they shall know no fear’ and ‘counter attack’, even though that was totally different. Counter attack let you move your models closer to the enemy after you got charged which was quite an advantage back then, as if you were on the receiving end of a charge you couldn’t pile in till the end of combat. Acute senses were still there but it let you re-roll the distance you can see in a night fighting game, yes back then night fight was you could only see 3D6 x 2 (or 2D6 x 3, i can’t remember) and you could see double for your sentries (some missions used sentries!). They never took negative modifiers to leadership thanks to ‘No matter the odds’ a rule i wish they kept and could use bolters as bolt pistols in combat (no needed any more). One big thing that has changed is that instead of buying drop pods, they could deploy using ‘drop pods’ as a rule, allowing certain units to deep strike in, but your army could only contain those units. We didn’t have a model for a drop pod back then, or rules, so you just deep strike in. I never used that, i wish i did.

While in today’s rules space wolves can take up to 2 HQ units per force organisation slot back in 3rd you didn’t even use that part of the force organisation chart, the space wolves were different. They had a rule called ‘Retinues’ which meant that for every 750 points in your army you had to take a HQ, as that part of the army followed that particular character. So lets say you were playing a game of 1000 points, you would have to take 2 HQ choices, 1 for the first 750 points, then another to lead the other 250. Same if you played 1500 points and you would have to take 3 in a 2000 point game! I feel that the old system was a little better than the 2 for 1 of today’s rules, but that’s just my personal preference.

Another difference is that we, the space wolf players were the first to get venerable dreadnaughts, with it only being a 0 – 1 choice and it could be either a HQ or Elites choice, HQ dreadnaught any one? Well not now but back then it was awesome.  The other Hq choices were pretty much the same as they are today except that Wolf priests could take healing balms and act like an apothecaries, which if they could still do that today, would be a minor boost i would greatly enjoy using. Alas it’s not the case. These looks much like it does today except we didn’t have lone wolves, and the wolf guard acted slightly differently. While today wolf guard are a unit in there own right, and you can take several units of them if you wish, back in 3rd edition it was totally different. You had a maximum number of models (20 to be exact) and that was it, you could take less but no matter how many you took it was a single elites choice. Sounds crazy doesn’t it? Well no, you see you could use the wolf guard in two ways, and only two ways, either as a squad leader, or as a body guard for your Hqs, they could not be part of a unit in their own right. So you either had to take a deathstar HQ or just boost your squads, no wolf wing, nothing fancy like that.

Exactly the same as today, bar the grey hunters were 17 point! 18 if you wanted to give them a bolter. You could still take wolf totems but they just let you re-roll leadership, nothing great. Blood claws haven’t changed much, bar they have gone up in points, they used to be 14, now they are 15. I can’t think of any other unit which has done that with out a rules boost, poor blood claws. 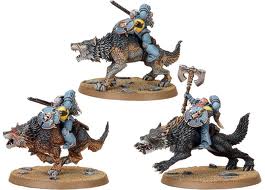 Now this is the big one, the most changes have happened here, with the introduction of the thunder wolf cavalry and packs of fenrisian wolves. Ha if you could use those back in 3rd edition every one would have screamed cheese, how times have changed. The rest is the same apart from bikes have reduced in points. Looking closer at bikes i have realised that attack bikes where a separate section, and couldn’t be used in blood claw bikes packs, so they would have been BS 4, damn i wish i had realised that back then, i would have picked up a squad. 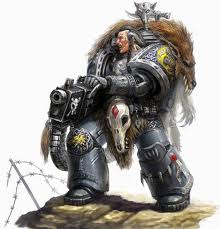 Now this makes me sad, back in the old days the space wolves had something you might not expect, they had a tank that no other space marine force could take. They no longer have it unfortunately, but another army does still, care to take a guess? Go on guess. Well the answer is the Leman Russ Exterminator! Why in gods name they had an exterminator i will never know, the story is that the space wolves got given a hand full of them in recognition of their primarch, personally i would have preferred a regular battle tank. But its a shame they got taken away, especially if you took the time to convert one, that would certainly have pissed you off. The rest is the same, bar the land raiders, you only had access to the regular land raider until the crusader came out during hte 3rd war of Armageddon in a white dwarf article. Then and only then could you use it. The redeemer hadn’t been though up then.

And that’s if for the differences between 3rd edition and 5th edition codex. Quite a bit really, now onto making a new army list with the 3rd edition models that i have lying around.

So the limits i have set:

So that is the list that i have come up with, 3 troops, only 1 Hq (i really should have 2 for the 3rd edition feel, but he’s so expensive) 2 heavy, 2 elites and a single fast attack. I have gone for 3 units of grey hunters as i don’t think blood claws are worth the 15 points, especially since they can’t charge out of a transport. The grey hunters are going to jump out of transports, double tap their bolters and receive and charge that comes their way. If they don’t get charged they will assault some one else and break face. Ragnar Blackmane and his squad should charge out of the land raider and kill what ever they touch with the sheer number of ap 2 and 3 weapons, only assault terminators will stand a chance against them. Even then the number of attacks they can put it should be scary. The fangs and land speeder pop any vehicles and the dread is there because i had 100 points left over.

Now that’s the 3rd edition army right there, hopefully it should work, but who knows. My next few games will be using this list, wish me luck and tell me what you think, i will listen to suggestions but i probably can’t change the list much due to model restrictions.