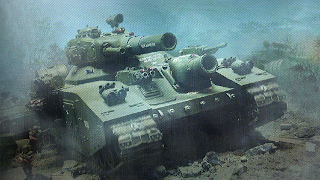 We now have super heavies to worry about, so I came up with a list that could potentially take down a super heavy if I come across it, but still must be able to deal with a regular army if I don’t come across a lord of war. It’s a lot harder than I thought it would be.


I first tried tinkering with Eldar primary army, based around fire dragons, lance walkers and wraithguard. It looked good but it was very close range and could probably get killed long before it could get into the ideal range to damage any lord of war. So I decided it was best to swap the primary list to Dark eldar to gain more access to dark lances as I feel they will be key to taking down any of the lord of war (bar the flyers) as they have a much longer range.

That number of lance weapons should be able to take out most tanks, including a bane blade or two. The farseer is there to get both guide and prescience and make sure the ravagers hit, and if the lord of war happens to be a flyer, give me a fighting chance of actually hitting the damn thing.

How do you think this would do in an escalation game?
Posted by Malduran
Labels: Army List, Eldar