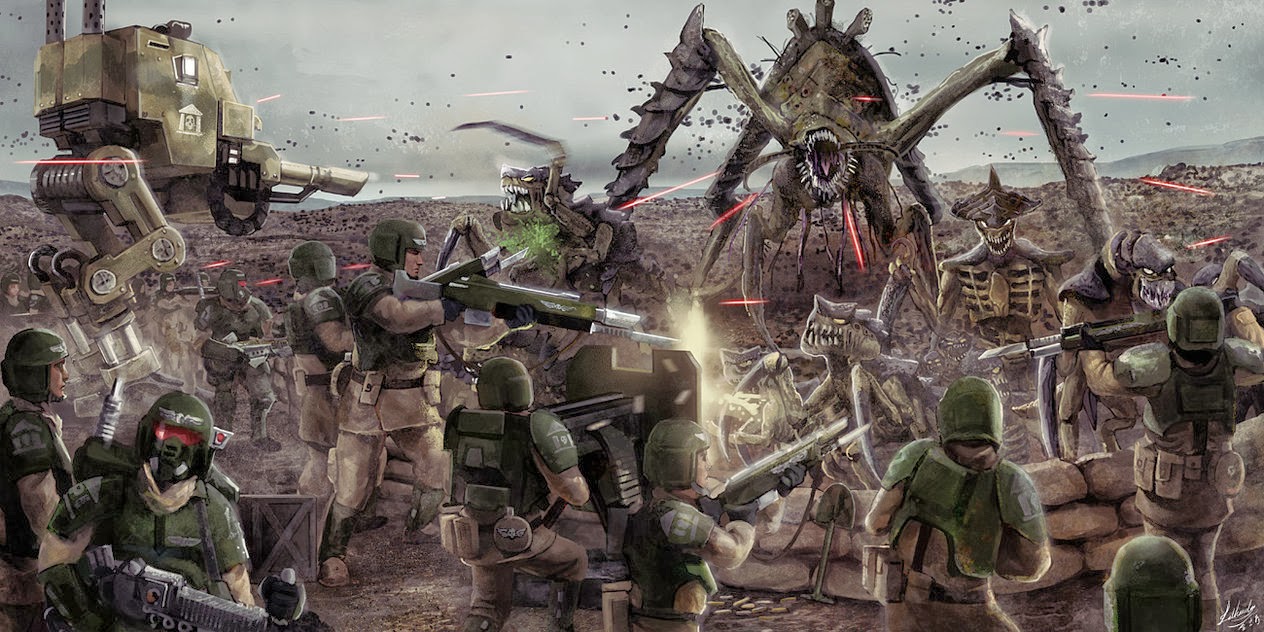 In my first game i faced a gun line of space marines and imperial guard. My list was a a hybrid list with a little bit of everything, it had shooting fex's, hordes of gaunts and two units of fast ravaners. The list was ok, after the game it was obvious it could do with a lot of tweaking, but i think it was mainly let down by bad assault rolls and inexperience using the list. What did it show?


The second game i tried a very different list, instead of ravaners i had the harpy, and i swapped the tyranid primes for hive tyrants. This game was against the Ravenwing and thanks to a first turn steal, the tyranids lost synapse by turn 2, and the rest of the game was just mopping up. Still lessons have to be learn't.
From these games i think if you mixed the lists up you would have a rather scary list. If you take the second list for example, drop the hive tyrant + guard, drop the hormagaunts and add in 2 cheap fex's you have 6 monsters and a synpase creature which is hard to shift. Will it win tournaments? i seriously doubt it, but its a game, you are meant to have fun, and the nids were some of the best games i have had in a while.

So lets try to make this list properly:
Tyranids 1498

Its not very numerous, and my troops are very low, VERY LOW. It could be an issue but i think if i out flank the tervigon it gives me 2 troops behind the enemy lines. Hopefully with all my monstrous creatures running towards them (or flying) they will have better things to shoot at.

Both of my games were facing a variant of space marine, so everything i just should might be rubbish against say, Tau or Orks (probably defiantly orks) but i will leave that up to you guys to find out as i don't have the ability right now. 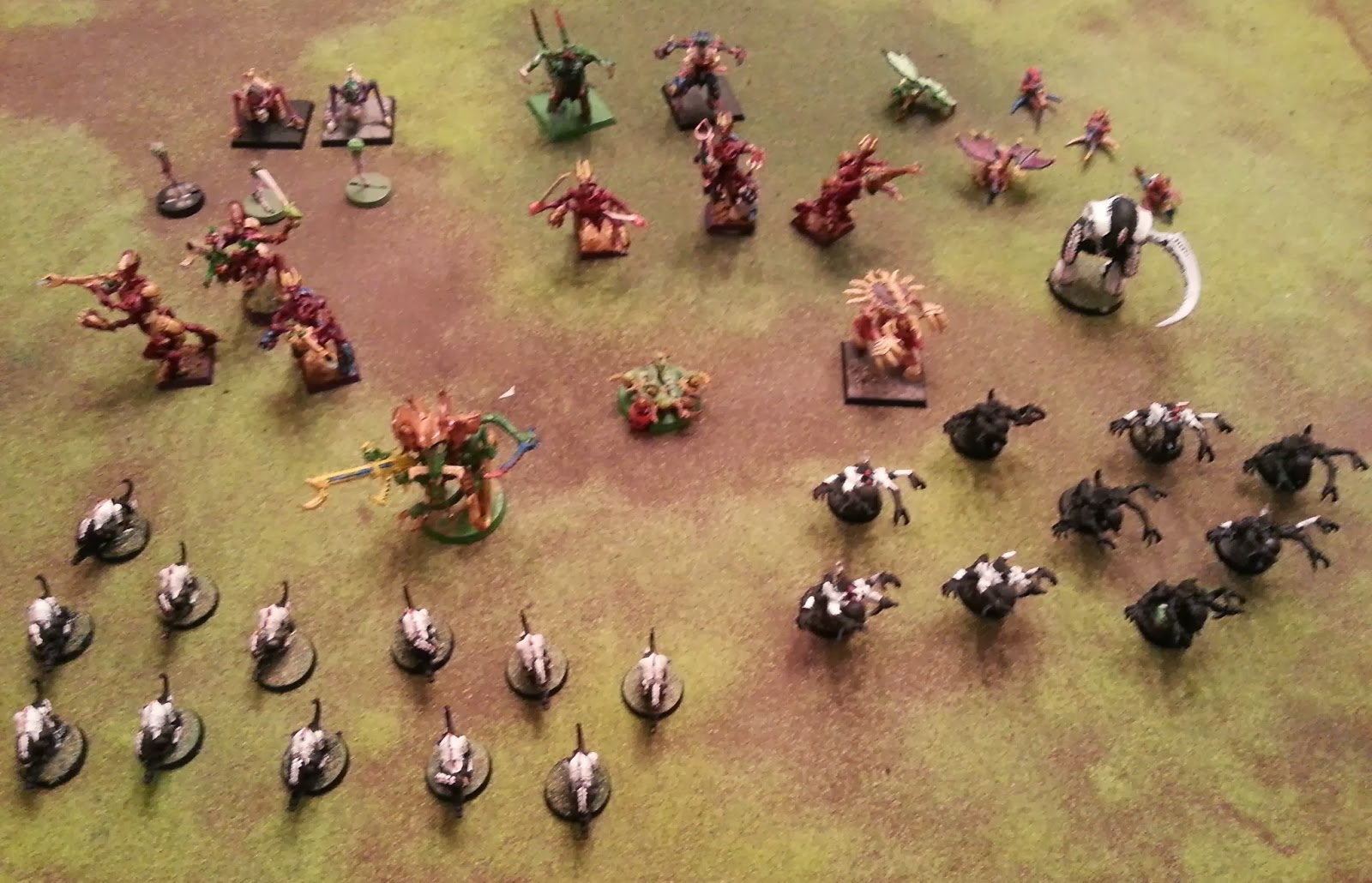 As a side note, i rummaged around my attic and found me Old tyranids, its not many points, and it sucks, but it could be fun to use for a small game. as you can see from the pictures they are all in different states of complete, and they all have different colour schemes (i started when i was 10? i didn't know what i was doing) and need stripping and repainting.

I would love to increase the tyranid force but it wouldn't feel right adding the newer models to this rather ancient force. So i might have to look over the internet for people looking to get rid of old 2nd edition tyranids. Its cheeky, but if any of you guys have any tyranids from the 2nd edition and are willing to part with them, i would love it if you got into contact with me (find my email at the right hand side of the blog) --->

What do you all think?
Posted by Malduran
Labels: Army List