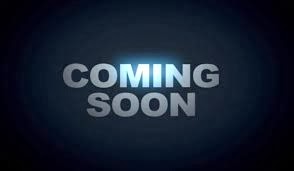 So what do I need this time for? Well I have wanted to alter the site for a while now, add in different content and generally alter the way I post in general. I am considering a face list for the blog, the grey and green has served me well up to this point but I think it’s a bit old hat now, and needs changing, what to? I don’t know yet, but rest assured it will only change to something I am 100% happy with, otherwise I will keep it just as is (for the time being).

I may have to add in a few adverts onto the blog unfortunately to try and make a little bit of money on the side as I have to pay google money to increase the number of photos I can have on the blog, I know there are ways around this by using other sites but I’m terrible at these kinds of things and would rather just keep it simple for myself. So unfortunately I may have to add in a little add here and there. We shall see, if It makes no money I will just drop in future, or if you guys think it’s a bad idea let me know now before it happens. I value all of your input and will listen to what you all have to say.

My battle reports I feel have been getting a little stale recently, be it for one reason or another, so I am thinking of attempting to create a few video battle reports. I know they are not every ones cup of tea, so I will still be keeping in the written ones as they are a lot faster to produces and don’t need as much time to edit them. I will probably put up a prototype late February or early march, and see how it goes. If they are a flop, I will probably stop for a bit and try again at a much later date.

My viewer rating have slowly been dropping recently so in a shameless ploy to create more content which people may enjoy, I am thinking of coming up with themed months, E.g. one month could be terrain month, with articles on how I make my terrain, and how to use it in games? It wouldn’t take away from battle reports as that’s all people seems to come here for so It would probably just be a Tuesday post idea (and maybe Thursday if I can come up with several posts in a month).

Alternative games, I know most of you only play GW games, and I have been that way for a long time myself but maybe I should venture into other games as well, games by mantic, privateer press and Spartan games could be interesting. I don’t want to dilute my 40k posts, but it couldn’t hurt looking at a few other games as well could it? I have put a lot of time and money into GW games so don’t worry, I won’t be jumping ship.

That is just the ideas I have come up with right now, I am hoping I come up with more in the future as well but please guys I would love your feedback, is this a good idea or a bad one? Which items do you like and sound of, which are terrible? Please comment and let me know.
Posted by Malduran