Strike from the shadows: A new perspective on the Eldar army list 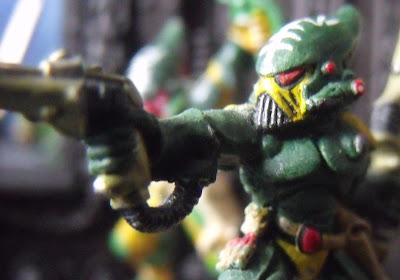 A few weeks ago I email fritz the following question:where do you get your ideas and inspiration from. His reply was not quite what I expected. To paraphrase what he said, he picks an idea, something that interests him and just builds the list and tactics around that. Now this may not be something new or awe-inspiring stuff to some people but to me it seems like an interesting challenge.


Now when I started playing warhammer 10+ years ago I started making armies solely on what looked cool and what I could afford. Not what you would call a game winning combination and I lost a hell of a lot of games (I know I still do now, but that’s not the point). My elder army was based on a force of rangers as that’s what was cheapest at the time and they seemed really cool. Then about 40 guardians got injected into the mix because they were cheap, 16 guardians for £12 I think, it was a good deal back then. So my army went to war, all troops, nothing amazing, it never did well. Then all that took a back seat when I could start to afford what I wanted rather than what was cheapest. My elder became more meched up with a lot more aspect warriors. All this then went out the window as other armies came out and I wasted money on them. I regret buying 6 different armies now, but that’s what happened. Anyway back to my point, fritz’s idea of taking a theme and just running with it has made me want to go back to those poor elder roots that never really stood a chance as let’s face it, only having elder guardians and rangers was never going to work in 3rd edition and I doubt it’s going to work now. But the core idea I still love and when I can, I try out. A force built around elder rangers. That’s what I want to try out and build into a semi-usable force. I’m under no illusion that this will work, or that I have a change of winning with them but I’m going to see what happens. 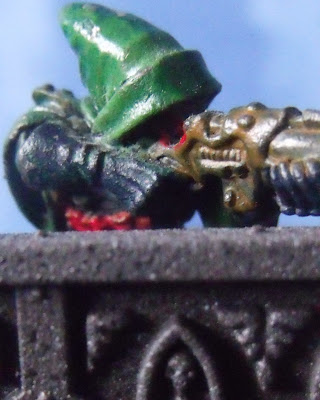 So a force build around rangers, how is this going to work. Rangers have heavy weapons, they won’t be moving much and can infiltrate. That means they are going to be placed in a good firing position and aren’t going to be moving. This will leave them stranded on their own if they are built into a standard army. So what units can I take that will support them:

So they are my clear options that I can see right now. So bearing that in mind I made a 1500 point list based around a scout force where rangers are the main focus. Its probably going to be terrible on the battle field but I can try it out for now and report back any improvements I can make.

So that’s the list I’m planning on using. It’s got a lot of weaknesses but I’m hoping with a lot of testing I might be able to improve it. Right now I can see the following weaknesses I’m going to have to avoid:
·         Reserve: I’m going to reserve the warp spiders and possibly the vypers so that I can bring them In where they are needed. The autarch should sooth any issues with bad rolling, I hope.
·         Very little anti-tank weaponry: I’m pretty much just banking on the vypers killing any heavy tanks, the spiders killing light and the single fusion gun and scorpion claws being enough if that fails.
·         I will be very vulnerable to walkers and monstrous creatures, especially in close combat.
·         Marines: space marines will be difficult for me to kill if they get into close combat, until then I need the rangers to shoot them... it’s not going to happen that often. 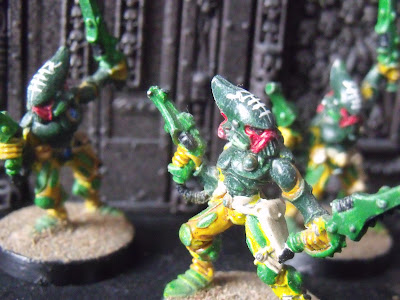 So that’s all I can spot right now, I’m sure it has many, many more problems. However I do have one strength I can see, my army can infiltrate, so I can set up second even when I have the first turn. That could be useful. Whether it is useful enough to cancel out the weaknesses... we shall see.
Well wish me luck, hopefully my next battle report will be with this list.
Posted by Malduran
Labels: Army List