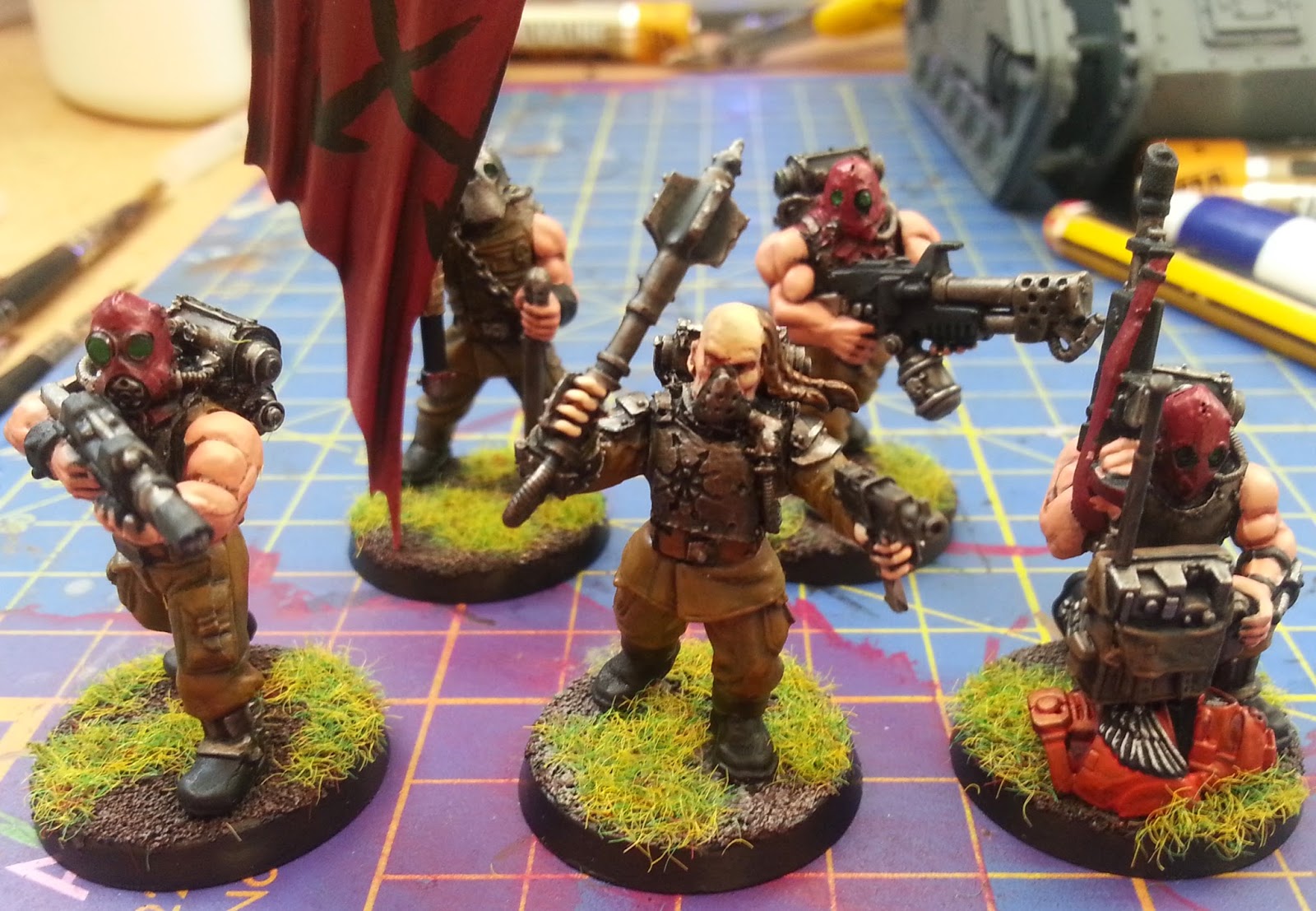 It’s getting close to the end of April now so I thought I would share with all what I have got done so far. At the beginning of the month I set a very modest aim as I knew I would be busy this month, and I am very glad I did now. Thankfully I have painted what I wanted but the construction I wanted done is a little behind.

This is the Platoon Command squad, it’s a simple 5 man unit, and I wanted to add in all the fancy things like a banner and vox as I think it makes the squad look better. Granted its wasted points in the game but I don’t mind. I don’t care If they aren’t competitive, I am building them for the love of the models. You can probably tell I have gone for two different skin tones compared to the rest of my force, the commander I have made very pale just so he stands out from his bodyguards. 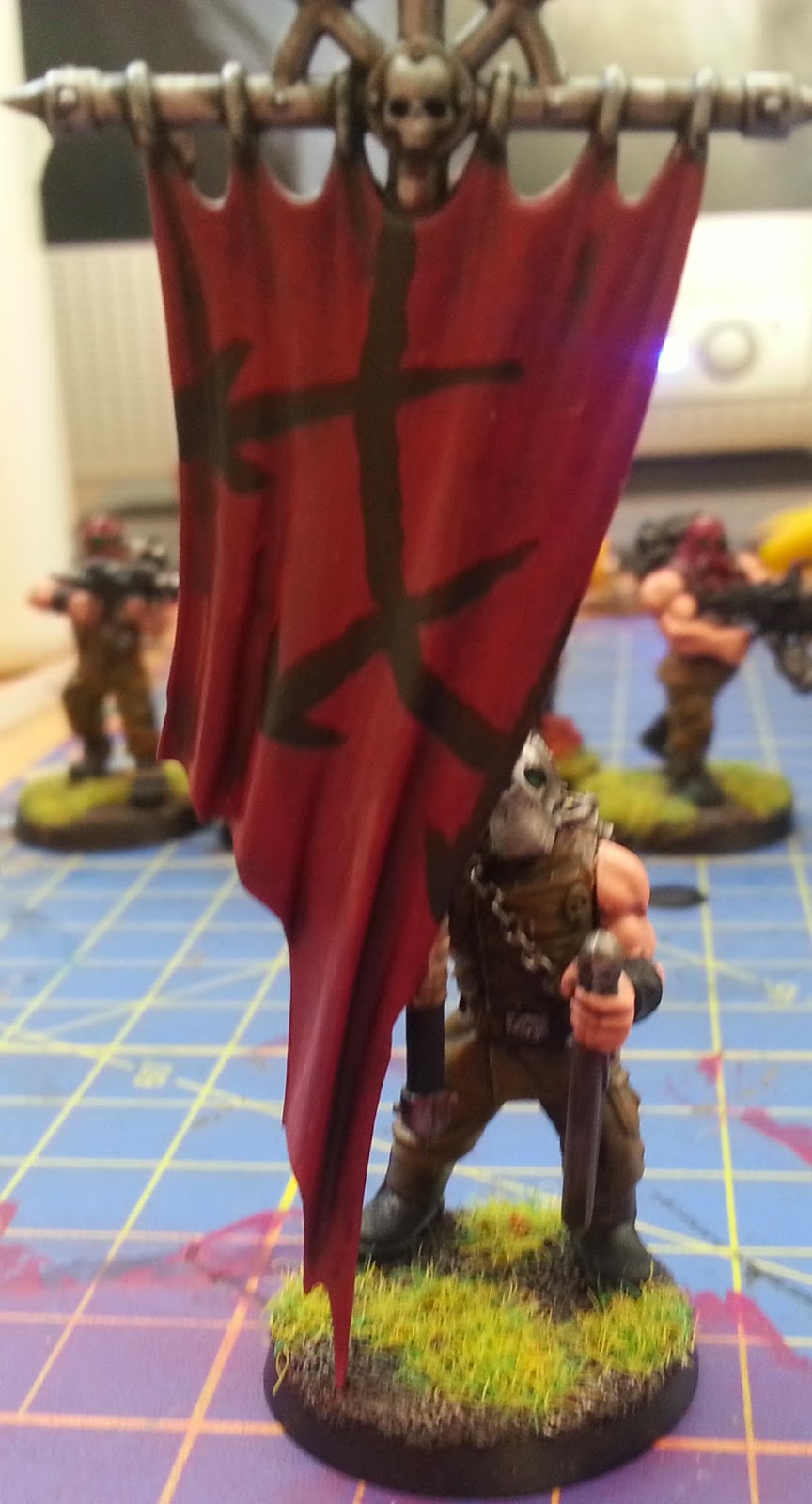 The other models, which all have bare arms have a darker skin tone, I did this so they would be easily identifiable from the commander and the rest of the army so I don’t lose them. But on the table I don’t think it will look to bad, in life people have different colour skin why not in this game?
I have tried to put a section of a chaos start on the banner, it doesn’t look amazing but I am not very good at freehand so I’m happy with that I have done. Instead of it just being red it ties it in with the other banner a bit more and shows a little more chaos-ness. 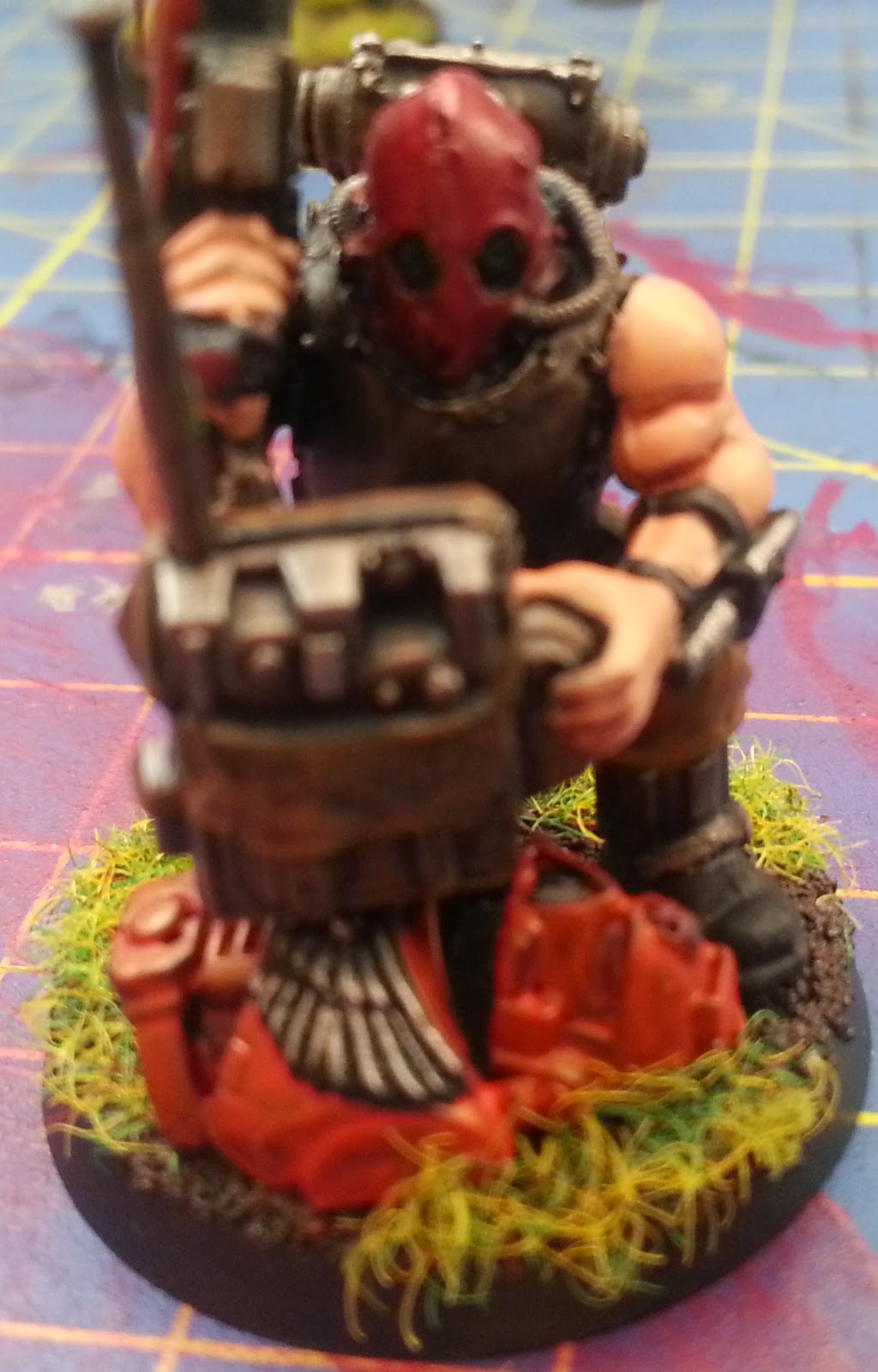 For the construction I have started making the chimera, I have learnt a lot from the other one, I remember to magnetise it before I made it, making life a lot easier. When painting the other one I got irritated by the treads so I have left them off so I can just spray them black and they dry brush them. Hopefully it will be easier but we will see.

I have started on my veterans, all I have done is glue the bodies onto the legs but it’s a start. Next I need to decide who’s having what weapon and gluing them on. It’s a little odd that a few of the models lean to the side, but the original models were meant to be using whips and things, not lasguns, so I guess it makes sense for the original purpose. Still I am quite pleased with the look at the moment; I just hope adding guns will still look good. 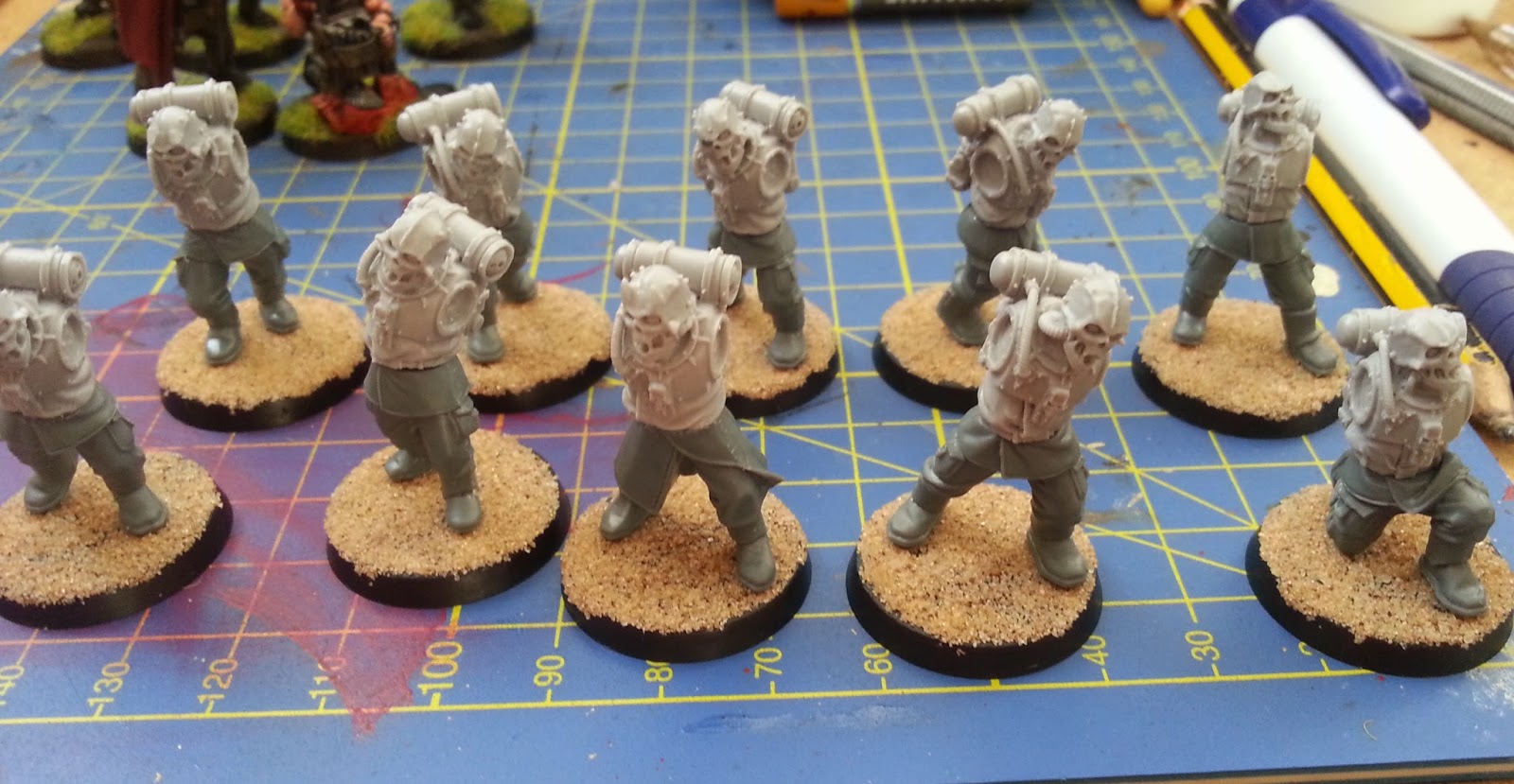 Now a little news, the 1850 tournament that I was due to go to has been set back to a later date, unfortunately it means it clashes with another event I have purchased a ticket for so I won’t be able to go. It’s a shame really as I was looking forward to it. However the other event I am attending is the Council of War at Warhammer world. A team of myself and 3 friends are going to be going down to Nottingham and playing down there for the weekend, 2 lone games, a doubles game and an 8k a side BIG game. IT will be very interesting and I am rather looking forward to it. Unfortunately with GW using the warrior’s code it means I am going to have to put the IG on the back burner for a month or 2 while I get my eldar force fully painted.

It also means that I need to get a 1500 point and 2k list sorted for the event. And I better do it soon so I don’t end up painted unneeded models and wasting time.

Anyway hope you enjoy, and this week all is back to normal, I should have a battle report up for you Friday.
Posted by Malduran
Labels: Chaos Renegades, Painting