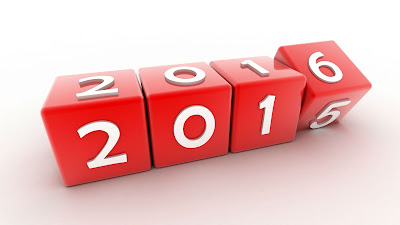 As its the end of the Year I thought I would have a look back on what I have done so far on the blog this year and compare it to the previous ones. This is more of an introspective post but I will probably have a few questions about the blog I would greatly appreciate you answering (skip to the bottom if you want to just help and see the questions).

For Skulkers Surprise 2015 started in March, as I had to take a break from blogging, it was just too time consuming and it was just getting me down. Having not posted for so long it did take its toll on the blog, I have had less views over the year after my absence (its to be expected) but it has shown me which of you guys really do read this, and your the reason I am still going. All of your comments really do get me posting more, and I would just like to thank you all. I try to comment back, but sometimes I just forget (or take a long time) for which I truly apologise. But please keep it up, it does bring a smile to my face when you do.

As for what I have actually done this year, its really not much. I started off by painting my regedages and heretics (plus some daemons) in order to use them for a Throne of Skulls Event, which was rather fun. I even made best chaos player some how. It really was a great event and I learnt a lot about how to use that army, and that soul grinders can be very nasty indeed. The plague zombies were the unit of the weekend for me though, they took a lot of fire power to shift, and even managed to kill a few marines while they were at it.

After Throne of Skulls, I burnt out of 40k a little and tried Age of Sigmar, and while I enjoy it, it has never quite got my attention like 40k does. Regardless I started painting and re-basing some of my old orcs for use in it, to try and kick start my enthusiasm. And I really have enjoyed repainting the orcs, as they were my first fantasy army I love using them again. However they don't perform too well but its better than nothing. I haven't painted all of the force yet, I still need to go over a few more, but I need it done this week really as I'm going to the January Age of Sigmar event with a few friends, lets hope it ignites the Age of Sigmar interest.

Apart from that I have painted a few more Malifaux models this year (really not many) and played a fair few games, including Zombicide, a lot of zombicide. Recently I have been playing a lot less GW games, be it games like Frostgrave, or just more traditional board games like zombicide, hell even card games like Munchkin have been played a lot this year. Is it a bad sign? I hope not as I still have a lot of 40k to paint and (hopefully) play. However the rapid release schedule and everything getting bigger is putting me off, my old forces just can't compete with Knights and other lords of war very easily, and requires a bit of a cash injection that I don't have spare any more. But I guess my answer to that would be, just play Eldar. They don't need anything spending on them and I reckon they can still smash lords of war apart, even if my Lynx, is no longer a LoW anymore.

Possibly because of the distaste of larger models everywhere, I altered the old Necromunda rules so we could play a unique campaign. Unfortunately we have only played one game, but I'm sure we will get more in the New Year.

Well as I have already mentioned I'm starting off the year with another event at Warhammer World, so I will hopefully have quick battle reports and lots of photos from that for you all to see, and hopefully I will be able to get a pic of all of my re-painted orcs before. There is a chance I will be painting the night before though (though I hope not). If that will lead to more Age of Sigmar after it? Who knows. But I did get given some savage orcs for Christmas so I will paint them at some point soon I hope.

My renegades have more units that need painting, so after the event I want to get them back on the painting table. First the second Medusa and crew won't take much but its bugging me that it isn't done, then the ogryn, as I have had them unpainted for far too long.

I miss Eldar, I miss painting them and playing with them. I haven't used them in a long time because a few people complained about how powerful they became, and I had to agree, it was unneeded. But with all of the changes in the current dex's I think its fine to bring them out again. Who knows, maybe they will be considered fair now, we will see what the guys think at the club. Either way I will be bringing them out a bit more.

After putting in as much work as I have so far, I will be carrying on with Necromunda for a few more games as well. I need to come up with a couple more scenarios to play, and advance the story as well which will take time. But I am exited to see where it goes, and I hope you guys are.

So more of the same I guess.

Now I would love some input from you all about the blog. Mainly, what would you like to see?

It has changed a lot of the years and I'm always looking at new games but still sticking with 40k and what ever fantasy is at the time. But is that what you guys want from this blog? What do you like the most from it?

What do YOU guys want from this blog? I would love to hear from you. And Happy new year to you all.
Posted by Malduran
Labels: Article