I'm back from my first Age of Sigmar Event and as is customery I though I would share with you as many of the armies that I could take photos of for you. Over all I think it was an enjoyable event but it had a few kinks that need to be worked out before I could say its a good event. As can be expected we had a lot of armies from the currently released armies (khorne, seraphon, sylvaneth) and a few different themes on others.

A I shared in my last post, I took my Orcs and goblins, and I was the only one who took them, maybe it says something about them, maybe not. Either way here are the pics: 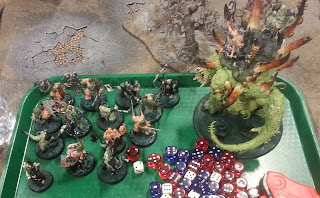 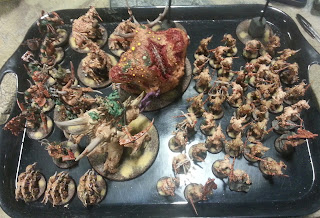 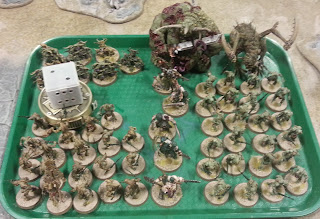 As the Event was about Nurgle vs Sylverneth in the background it was unsurprising that we had a fair few nurgle armies. I think there were a couple more that i didn't get a picture of unfortunately. 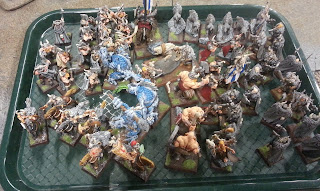 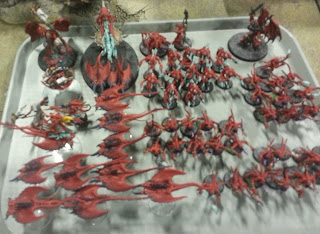 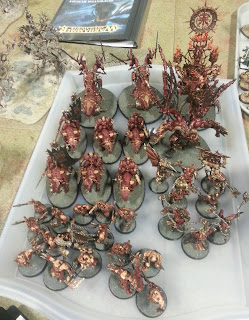 A few other armies of chaos, and we had a lot of khorne armies, again i'm not sure why i don't have more pics. 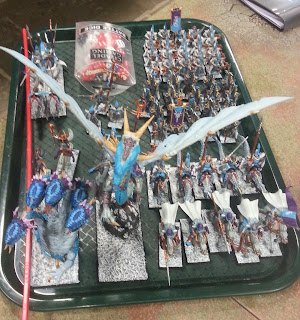 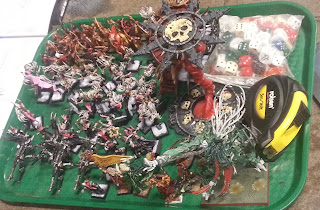 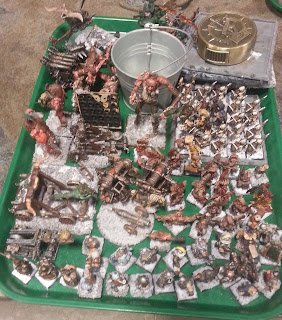 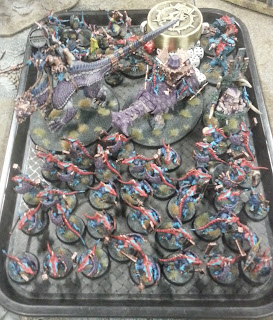 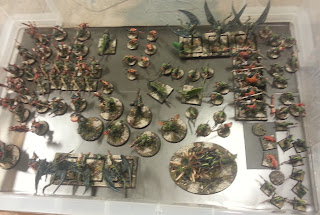 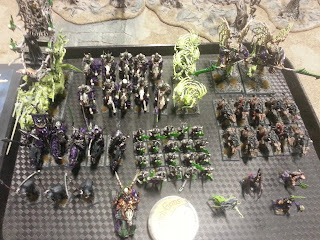 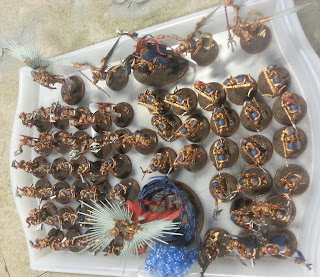 I have no idea why i don't have any pictures of the Sylvaneth armies here, as a lot of them attended. fortunately my first opponent used the Trees so if you come back on Friday you will be able to see that beautiful army.

One of the pictured armies actually won the event, with most favorite game votes, and actually won 4 out his 5 games. Any guesses which one it was?