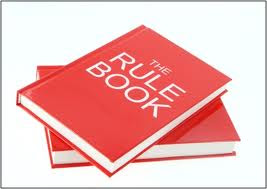 I have got both the rule book and the quick start guide from the 2 player starter set. I have read over both and i have to say compared to 40k (as its all i have to compare it to really) the warmachine rule book isn't set up in a very friendly way. The quick start guide is great, it explains everything i need to know to begin with, but is limited.

I am trying to pick the rules up for my league games i will be playing soon, but when trying to find rules that i think i remember is hard to do. An example is i was looking to see if you got both initial attacks boosted when a model charges. So first thing i do is go to the combat section, look under melee and i struggled to find it anywhere. It wasn't till later on that i found it in the gameplay section under charging. Granted it makes a little sense, but it surprised me it had no mention, not even a reference directing me to it.

Its probably just me being awkward and kick off saying its not how GW do it, but is it? When any one else started this game did they struggle finding rules like this?
Posted by Malduran
Labels: Warmachine