Post Throne of Skulls: Appologise and Age of Sigmar 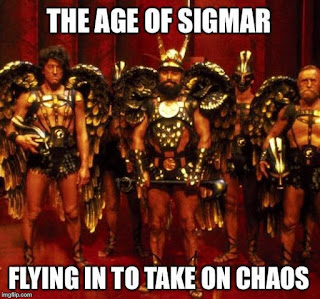 When I was done with throne of skulls and the horrible write up phase commencing, I decided to give 40k a little brake as well, I was a little burnt out from a weekend of constant play. This means that Age of Sigmar had a chance to try and corrupt me. As I have a lot of old fantasy about I thought I would just use that and see what I thought of the new game.


But before I go onto that, I would like to apologise to any of my opponents that I faced at the Event as while writing these reports up it has become apparent to me that the medusa is not a barrage weapon. I honestly thought that it was, and used it as such in my games. If I had used it properly, it might have made a difference in game 4, but for the rest, I’m not sure.  Either way I am sorry for this mistake and I have learnt from it. And it will certainty make the medusa harder to use in future games.

Anyway after the event I got out my orcs, as I decided a smaller horde would be easier to use than just goblins like I used in 8th. At the club my friends were using dark elves, ogors, Stormcast eternals, Bloodbound, daemons of nurgle and skaven. A fair variety to play against. 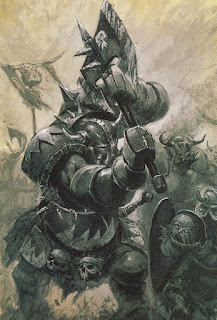 To try and balance the games we used a wound based system, so say 50 – 100 wounds a side. I know several people have come up with different ways to try and balance AoS but we decided to try something simple for now.

We started small at 50, I used just boys and a few heros. Playing against the stormcast I did ok, the rest just murdered me. We them upped it up a few more wounds and once more the orcs just couldn’t stand up to them. Now I came close a few times, depending on the battle plan, and I even won one despite not having any models left on the table which was odd. After a few games I changed up my list, going more elite, by using black orcs and a warboss on wyvern, it helped but still the orcs couldn’t do too much. Then I added in units like trolls and they put out a lot of damage but ran away quite quickly once they lost a model.  Under the restraints of a wound counter the orcs found it difficult. It was probably just the models I was using, but the game felt like a struggle, and a grind that I just couldn’t win. It put a damper on my enthusiasm for the game and put me off from trying much more. What put me off the most was that special characters and some of the mounted heros just seemed to be very powerful and could just shrug off everything that I threw at them. 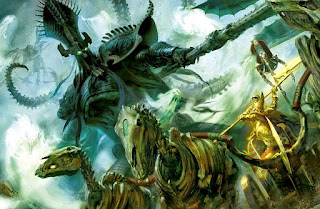 Then I tried using my undead instead (battle report to come soon) and found it a little easier. Not having to worry out models running away as much helped and some of the undead heros are rather good. While I have a Nagash model I wouldn’t use him in smaller games as I don’t want my opponents to feel how I did when I was using orcs. But in smaller games the undead felt better for me. I’m not saying I won’t try using orcs again soon, as I have stripped and rebased the black orcs as well as started painting a forgeworld warboss. I will go back to them, but it’s nice to have a painted undead force to play around with at the moment.

How have you guys been finding age of sigmar now it’s been out a while? What are you doing to try and balance games?